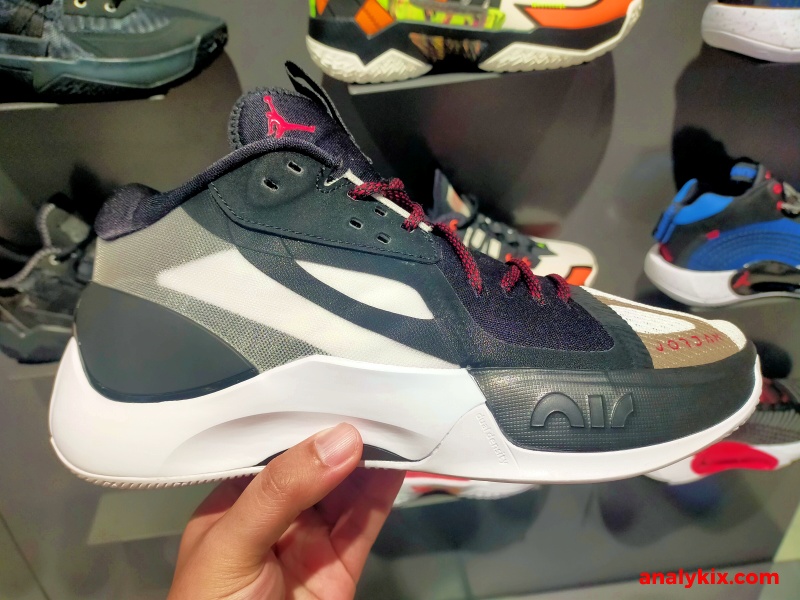 Aside from the latest Air Jordan, the Jordan Zoom Separate is also making an impact under the Jordan Brand flag, due to its visibility being worn in NBA games particularly by Luka Doncic. Although this kixspotted post is not about his PE version (having Luka's logo), all the bells and whistles or tech placed on the shoe is still present. And besides, it's the black/white/red colorway so that in itself has weight right? Anyway here are the things that I observed and also what I researched about the shoe.

The build of the shoe actually is good enough for me to be on a mid-tier model. This not an official signature shoe of Luka so price is fair at Php 5,895. Materials is made up of synthetic materials making it kinda light, although I don't know how it transition if you are playing in them. The cushioning is what intrigues me the most as it says dual-density. Now, upon pressing the foam tooling it feels like it the forefoot differs from the mid to heel area. However, in the website it says that the density differs with the inside foam being more softer than the outside part of the foam. Let's also not forget that there is a Zoom unit found in the forefoot. If the representation on the outsole is correct, it looks like the shape is somewhat odd (red part on the forefoot). Also the forefoot say, "Air" but the tech specs says Zoom Air. While both are air cushion techs, I think it would be better if Jordan Brand would specify it. Finally, the outsole is made from solid rubber and honestly I am not really sold on the pattern if they will be efficient in dusty courts. These are available now with this photo being taken at the Sports Central in SM North Towers. 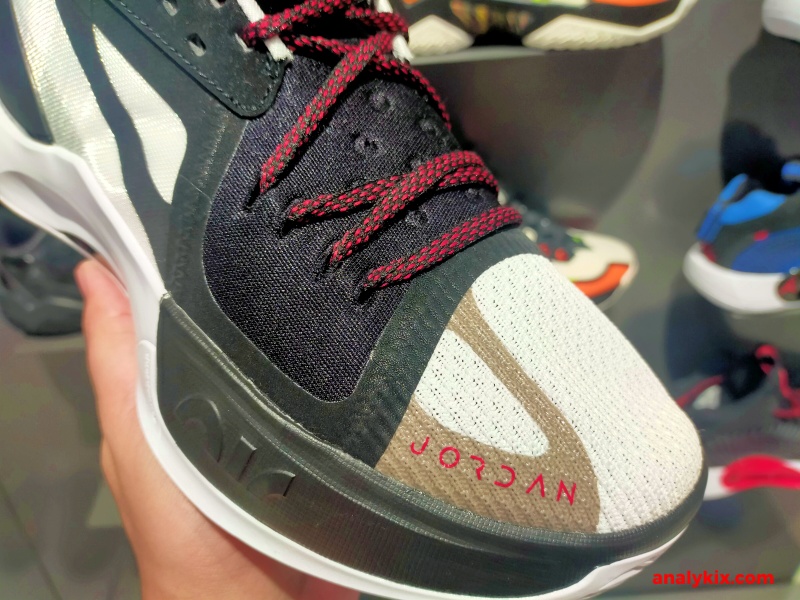 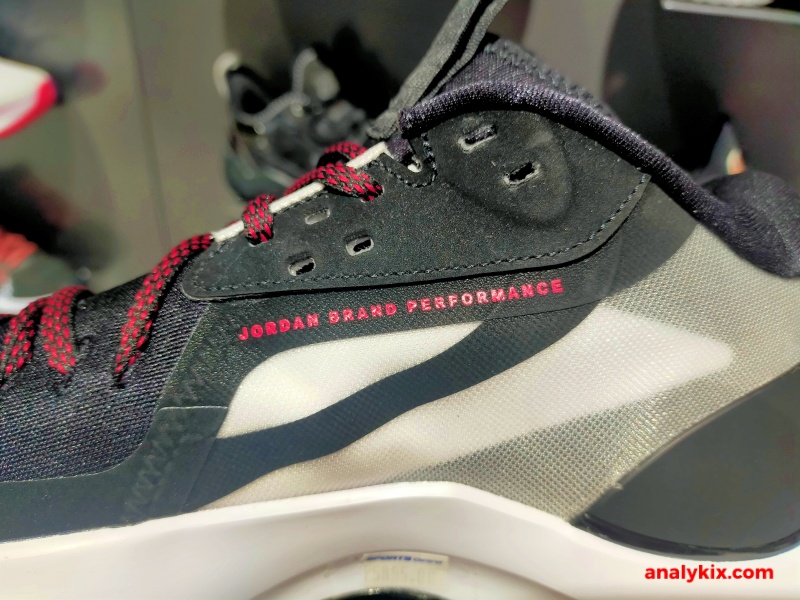 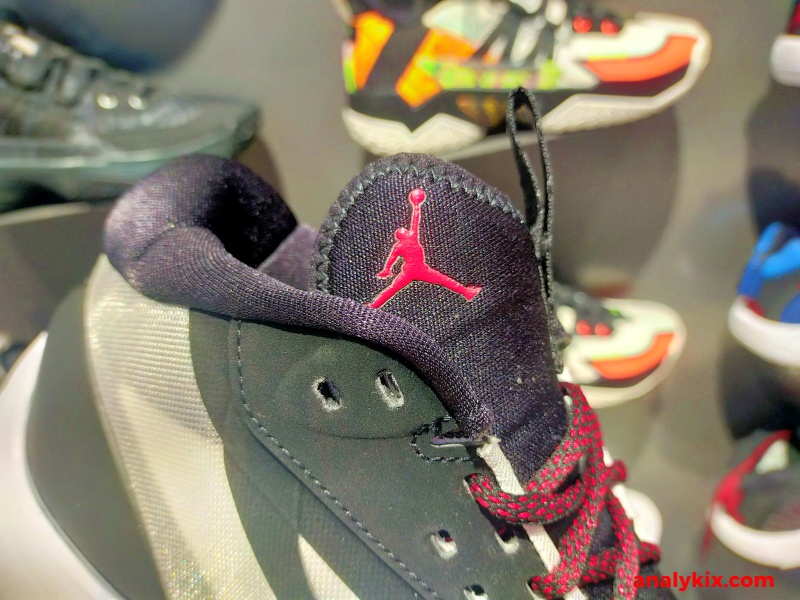 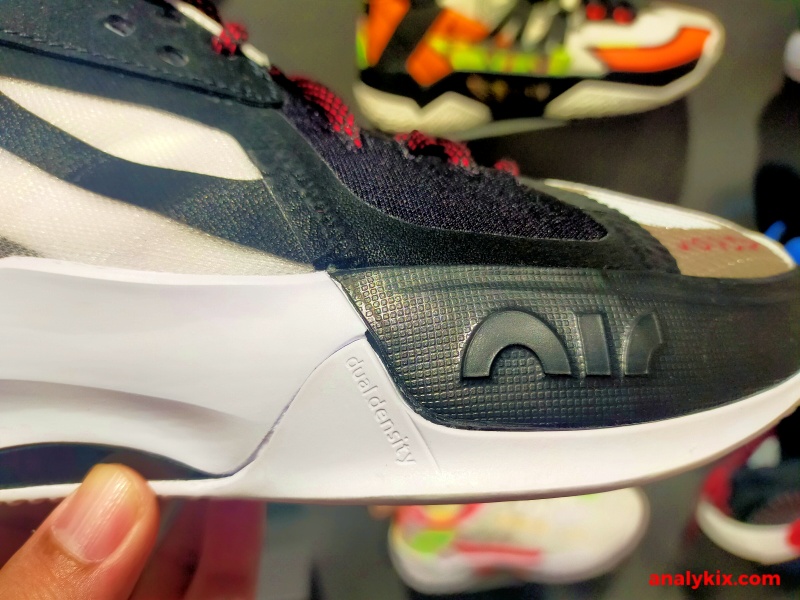 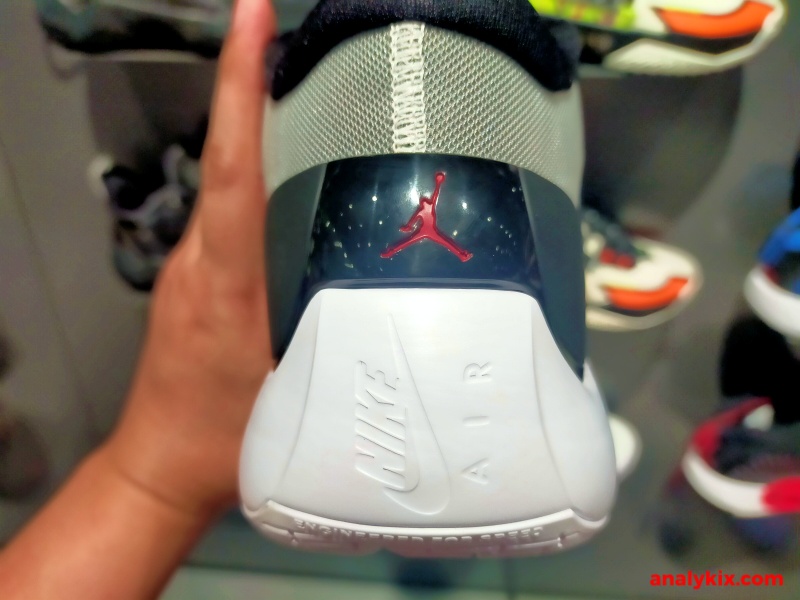 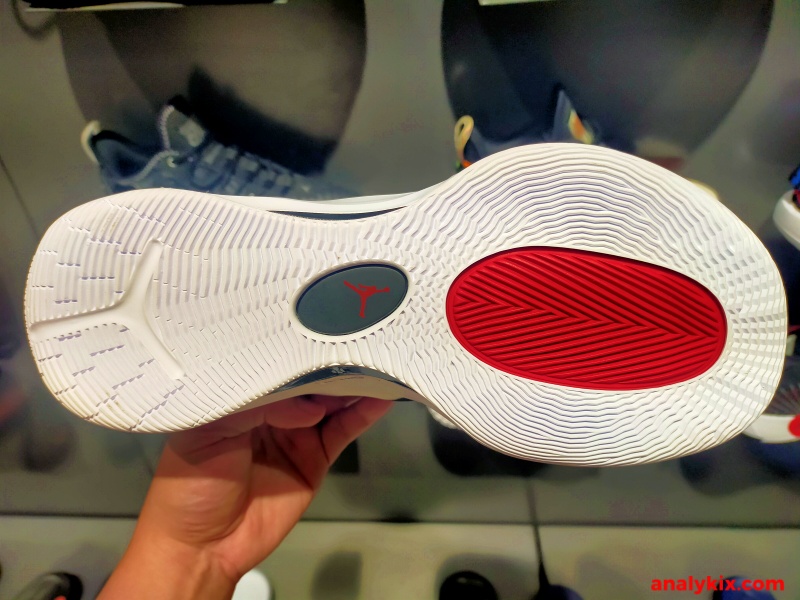