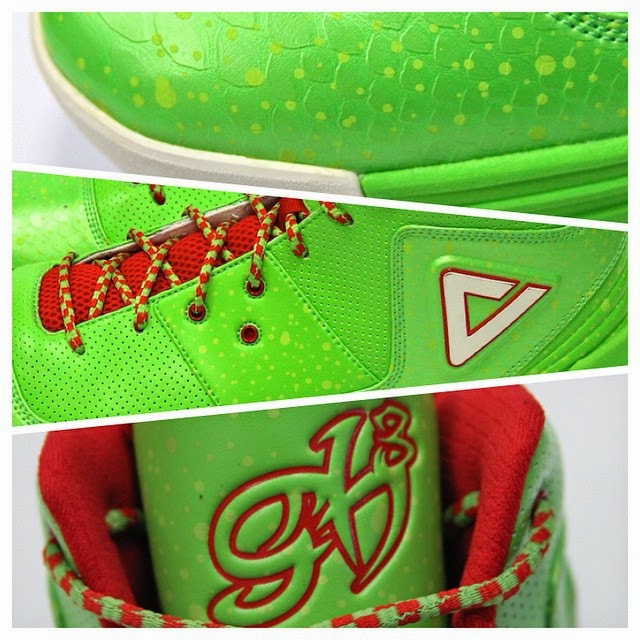 The Peak Monster sport a green upper with some yellow splatters. The laces have a red and green color pattern and the shoes tongue shows George Hill's logo outlined in red. 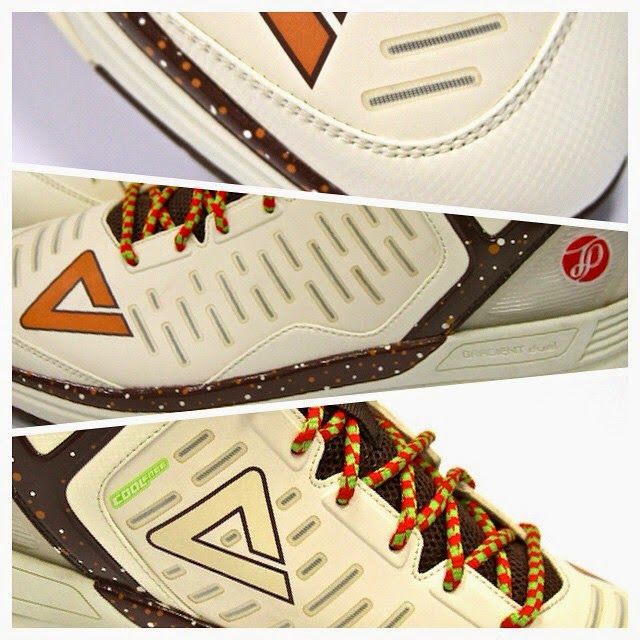 The TP9-II has a white upper with brown specks which in the linings as well as on the Peak logo. The laces have also a red and green color pattern. You can see Tony Parker's logo in red.

These are dope colorways in my opinion especially the TP9-II. I'm not sure if they are going to release this in the market or just for the players. But still, it's still nice to see other shoe brands making extra effort in releasing special colorways.