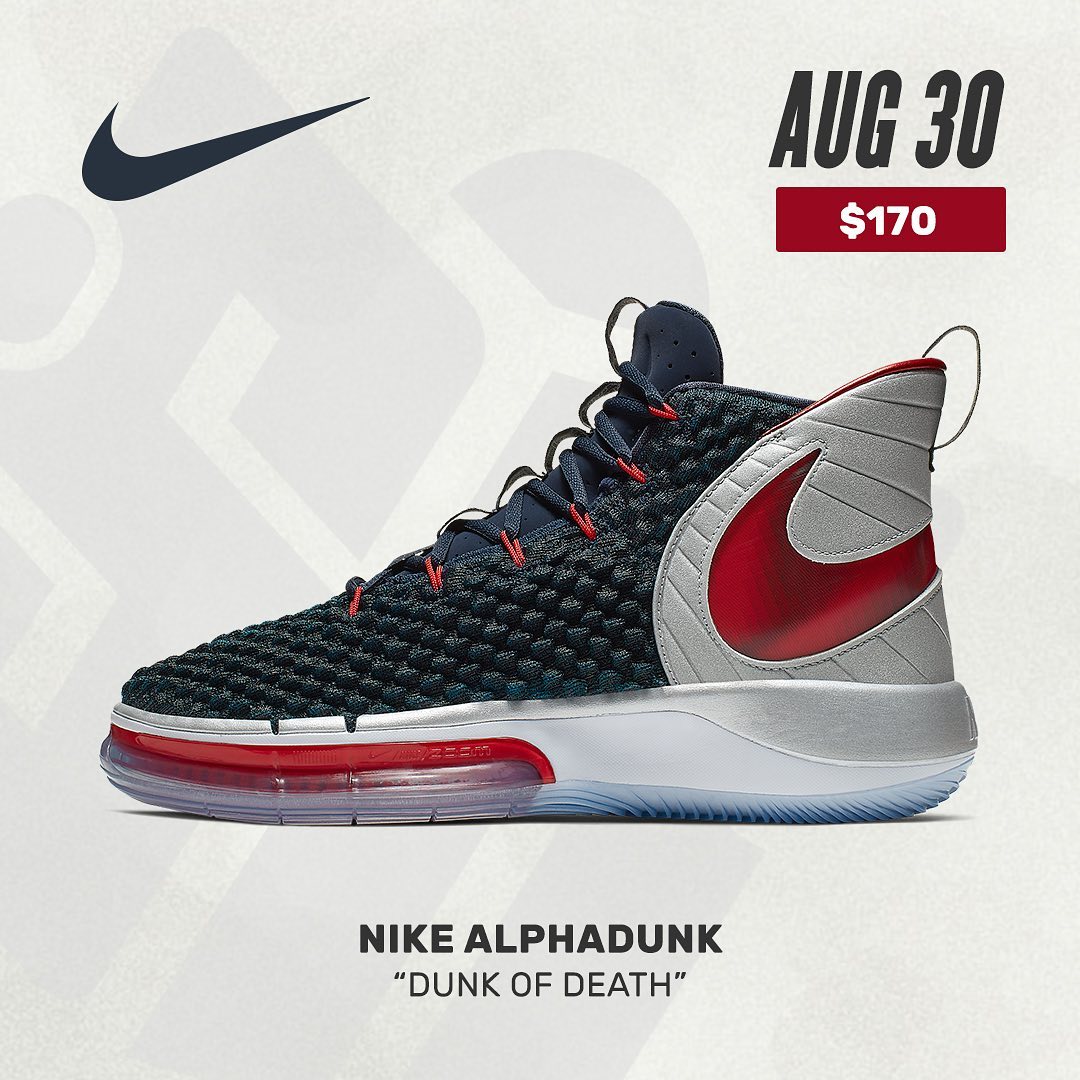 We now have an official release date for the Nike AlphaDunk. I am not sure what colorways will be releasing aside from this one, but expect more colorways to drop in the future. This particular colorway is called the Dunk of Death where Vince Carter rocked the whole crowd with a devastating dunk over Frederick Weiss during the 2000 Sydney Olympics. The team USA were sporting an away jersey at that time which you can see the whole color palette of their jersey in this shoe. They will drop on August 30, 2019 for a retail price of $170, a bit pricey since they are supposed to replace the Hyperdunk line.

However, there is another silhouette called Zoom Rize that is similar to this but a bit watered down in terms of tech specs. So that could be another option for you guys.