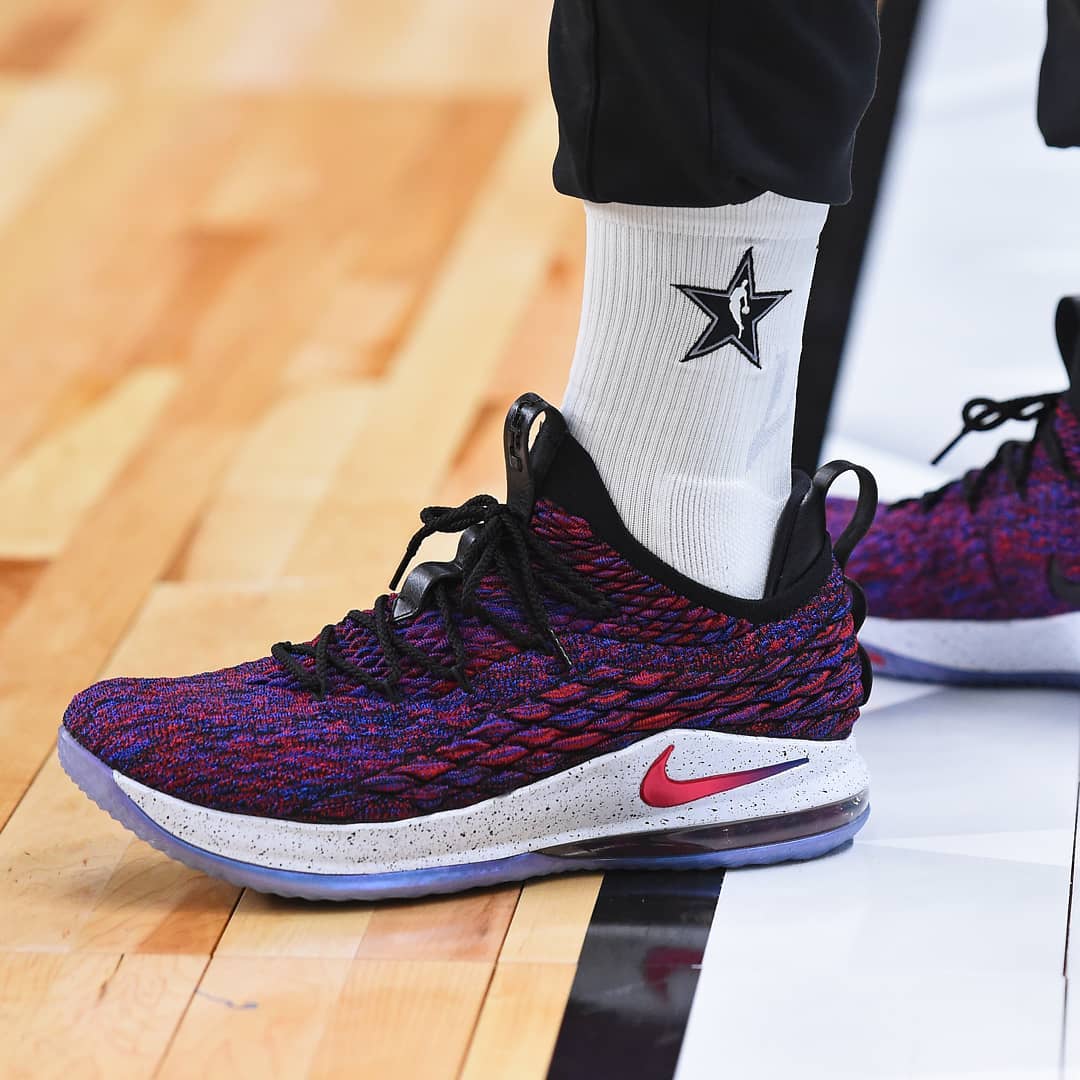 Before the much anticipated All-Star game, Team Lebron and Team Steph hit the hardwood to practice and maybe get a feel for the upcoming game. Most players flexed their shoe game as they bring some heat by wearing upcoming which would somewhat make sneakerheads excited or even drool.  All-Star MVP, Lebron James wore a low-top version of the Nike Lebron 15. Aside from the shoe being a low, the same Battleknit, which is said to be a more sturdier Flyknit was used. Low-top versions of Lebron's main signature line were done in the past which consist of a heel Air Max unit and the same can be said for this particular model. However, I am not sure if Zoom Air will be used in the forefoot since it's hard to distinguish in the image above. Maybe they don't want to risk instability if they are going to utilize Max Zoom which has a large volume in the normal Lebron 15. The retail version of the shoe lacks some lateral outrigger as commented by some wearers of the shoe so this might be a good explanation why it didn't have full-length Max Zoom. Nonetheless, the shoe still looks okay and I think Zoom Air in the forefoot could be desirable since we don't want a main signature line to be taked down with key techs just because it is a low-top version. Would you cop a pair if this were to reach retail?