The Air Jordan 13 "Altitude" will return this November 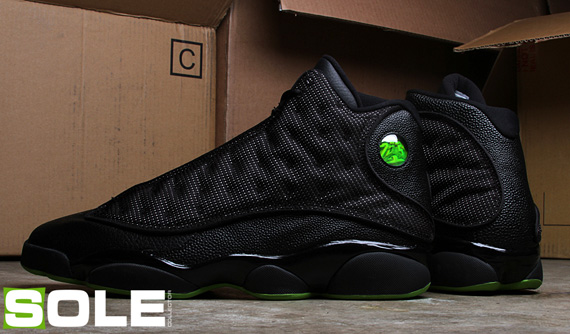 The Air Jordan 13 "Altitude" colorway will drop earlier than expected. Rumored to drop in December, the said colorway will release on Black Friday November 24, 2017 for $190. The shoe will feature leather upper in black with some hits of green which can be found on the emblem on the heel area as well as the outsole. The shoe draws inspiration from MJ being called "black cat", a moniker given to him by people close to him. The outsole has a paw-type look just like a "cat". This colorway first launched in 2005, then in 2010. Now for the third time, we will be seeing this colorway once again in similar materials as the first release. While there is a real "black cat" colorway, this could be another substitute for that colorway in case you slept on those (although this have just some slight color variation).