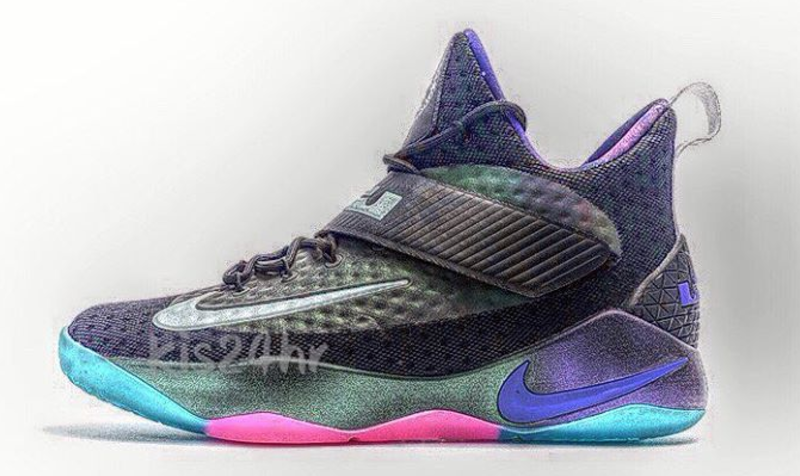 Here is an image of what might be a leaked photo of the LeBron Ambassador 10. It looks like this is getting more in line with the signature shoe when we talk about the silhouette in general. There is a midfoot strap also just like the Lebron 14s same with the bootie construction. More or less, we can that the Ambassador 10 has support in mind. The perforations in the upper is very prevalent for breathability and as long as there isn't any foam or glue underneath it for support, then good amount of air flow can be felt. We can't say much about the midsole or cushioning but my guess is that it will be Zoom Air and hopefully it is heel and forefoot. Since most of the Ambassadors are released outside the US, I wouldn't be surprised if this reach our stores as well but I guess only time will tell when this will drop. The Ambassador doesn't create too much hype so chances are this will drop silently in the sports stores. But for now, we just have to speculate on the tech specs on this as well as the retail price. Do you like them? Do you wish the different Lebron lines would have a somewhat different look overall from the signature line just for variety's sake?