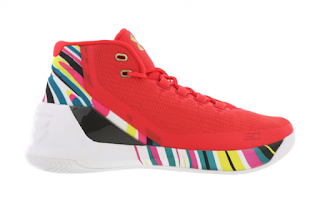 Under Armour's Curry line will also get a CNY-themed shoe which you are seeing in your screen now. It has a red Threadborne upper with a multi-colored accents on the heel area as well as on the midsole from the midfoot going to the forefoot. Gold Under Armour logo on the tongue and top two eyelets while red logo underneath the white solid rubber outsole which really stands out. While red and gold are typically associated in Chinese New Year colorways, I have no idea with regards to the multi-colored hits or if there is a story-telling factor behind it. It's a bit off in my eye but hey, maybe there is some story behind it and I'm not gonna argue with that (just sharing my thoughts). These will drop on January 21, 2017 for $140. 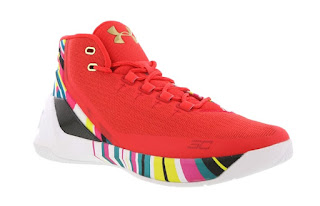 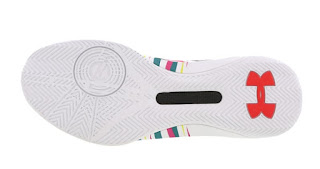 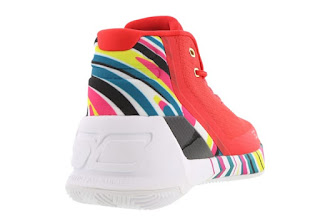