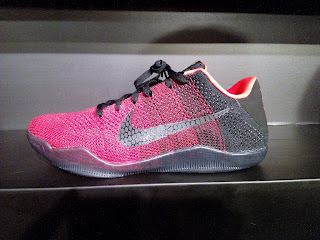 With this year being Kobe's last NBA season, I'm sure a lot of fans will be grabbing a pair of the Kobe 11 which is likely to be the last signature shoe from the Kobe line that the Black Mamba will wear in an actual NBA game to pay homage and maybe as a way of remembering the greatness that he showed in the game of basketball. Now, that the Kobe 11 has arrived in the Philippines, here are some images that I took at Nike Park Trinoma. First off, the upper has TPU strands together with the Flyknit for it to be more secured and durable at the same time. You might lose a bit of comfort but I don't think it would be too stiff. Another observation was the outsole looks durable in the sense that the rubber is not too soft (like a brush bristle) in comparison to last year's model. Of course the longevity of an outsole would really depend on usage of the shoe and the surface of the court but at least it would long longer especially if you hoop outdoors often. With regards to cushion, I think that it wouldn't be a problem especially this is Kobe's 11 signature shoe and at his age, I don't think Nike would be giving him a shoe that is too thin that his feet and joints would suffer. If you are interested, you can cop them at Nike stores for a retail price of Php 9,895. You better hurry if you are planning to get a pair as the demand is going to be high. 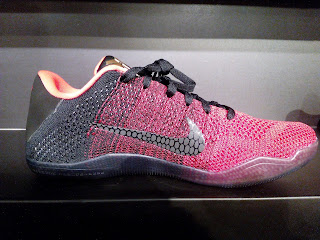 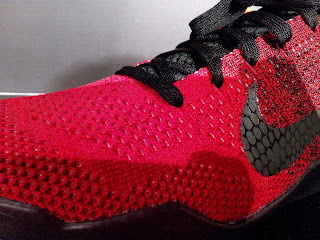 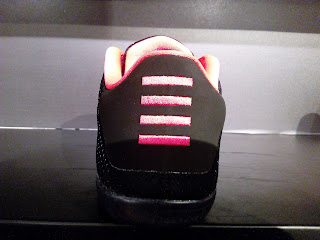 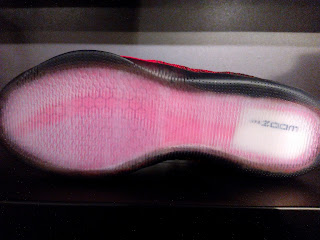