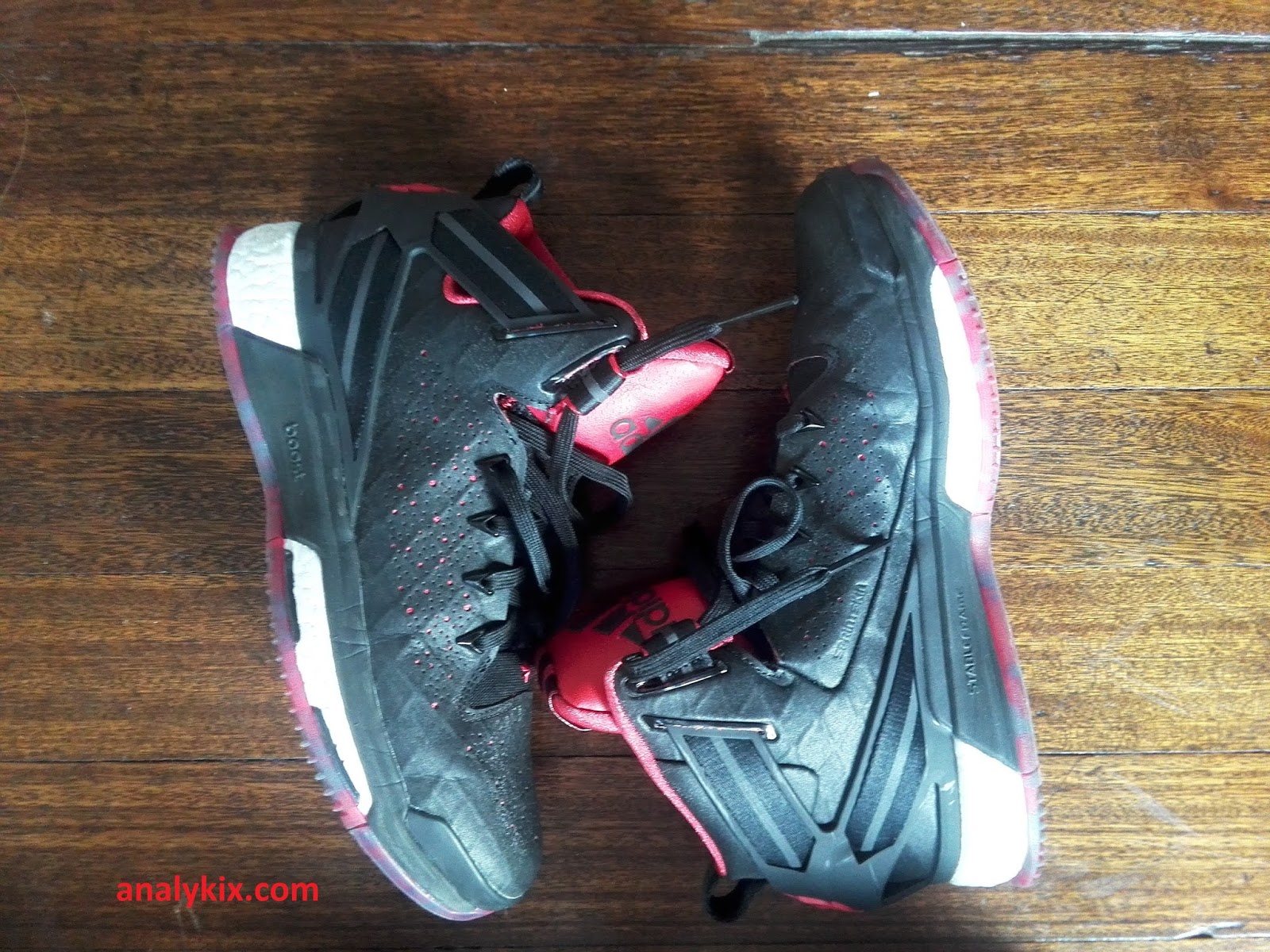 After the success of the DRose 5 Boost, Adidas is back to follow up on what the Boost cushion brings in the DRose line. Check out my performance review on the Adidas DRose 6.

This time again, Adidas switched the upper materials depending on the colorway. I tried the away pair which is the black/red and it features "SprintSkin" which is basically a synthetic upper. The home/grey colorway has more of a mesh construction and many are saying that the home colorway has a lot of dead space in the forefoot area. I haven't had the chance to test the home colorway but for this away colorway, it has some dead space. In fact, it is too roomy for me that would take some toll on the fit department (more on that later). Overall, the material is okay as it is durable enough to withstand gritty ball games (I am talking about this colorway, not sure with the home colorway). You can see here that the underlay has some mesh materials which allows some heat to escape, not "crazylight 1 or 2" ventilation but it at least it is there. Also, the ankle collar lining has been treated with somewhat of a velcro-type material which promotes "grip" especially if you are the type of player who wears something to secure your ankles. The surface prevents the materials from your ankle support from sliding inside the shoe.


The Drose 6 features a forefoot and heel Boost cushion. This is my first time I tried the Boost cushion since I was not able to cop the DRose 5 Boost so I am really excited in testing them if they would really translate well on court. I love how the Boost works especially in the heel. The image above shows that the Boost heel area is almost literally resting under your feet, so basically you will get superior impact protection upon hard impacts. On the forefoot, I would like to have a thinner setup since in my case I want more court feel. I play the guard position most of the time so you would expect me to be forefoot-heavy. Personally I would want a thinner Boost in the forefoot. I didn't had the chance to get the Crazylight Boost 2015 so I don't know if I would enjoy it more because the Boost foam is just on the heel and just a soft EVA foam on the forefoot. There is still a foam carrier on the forefoot up to the midfoot area which they dubbed as StableFrame. Don't get me wrong, I love the Boost cushion, it's just that I would want more court feet. It does need some break-in time and in my case it started to feel better on my 2nd day of wearing so give it about 3-4 hours worth of quality basketball game and you will be fine.

The outsole features a translucent rubber with a pattern similar to herringbone with sharp peaks. Surprisingly, they do perform well even though there's some dust present on the court. Of course, heavy dust or debris on court would require you to do more wiping but for the most part they are fine. Another worth noting is that I was able to test them only in 2 indoor courts. If you will ask me if they can be played outdoors? Of course. Would I recommend them? Not really because the rubber in the herringbone is thin so I would not recommend playing in very rough surfaces where the rubber could burn very quickly.


Fit is true to size but since it has a lot of dead space in the toebox. Even for me who prefer some room in the toebox, I felt it to be too roomy which might compromise the fit. No problems in the midfoot area though, as the reflective loops in the laces on top of the midfoot help contain the laces and could be a bit cumbersome when you tie them. The store staff told me that there is a hidden eyelet inside the throat of the shoe (between the tongue and heel), so you might want to use them to tie the laces more tightly giving you a more lockdown fit in the ankle area and it does work. I could have given a higher score in the fit department but I think the roomy toe area might be a downer for some. So if I were you, try them in store since this is available in most stores anyway. First try your true size then try also half size lower and see the difference. Ankle containment is great thanks to the hidden eyelet as well the TPU cage which is not too stiff. The X-Bar is there for your support which you can see where the forefoot Boost is resting. The StableFrame is basically just the foam carrier to give the Boost cushion stability and is a good foundation for the Boost. Many might enjoy this since some are turned off by the stiffness and irritation that was caused by SprintFrame.

Let's be honest, it is too pricey for some. The shoe cost Php 8,495 at your local sports store. The shoe's tech specs and performance does justify the cost so I guess it is still fine. If you dig my review and think that they are a good purchase, then by all means go ahead and cop and hopefully you enjoy them as well. 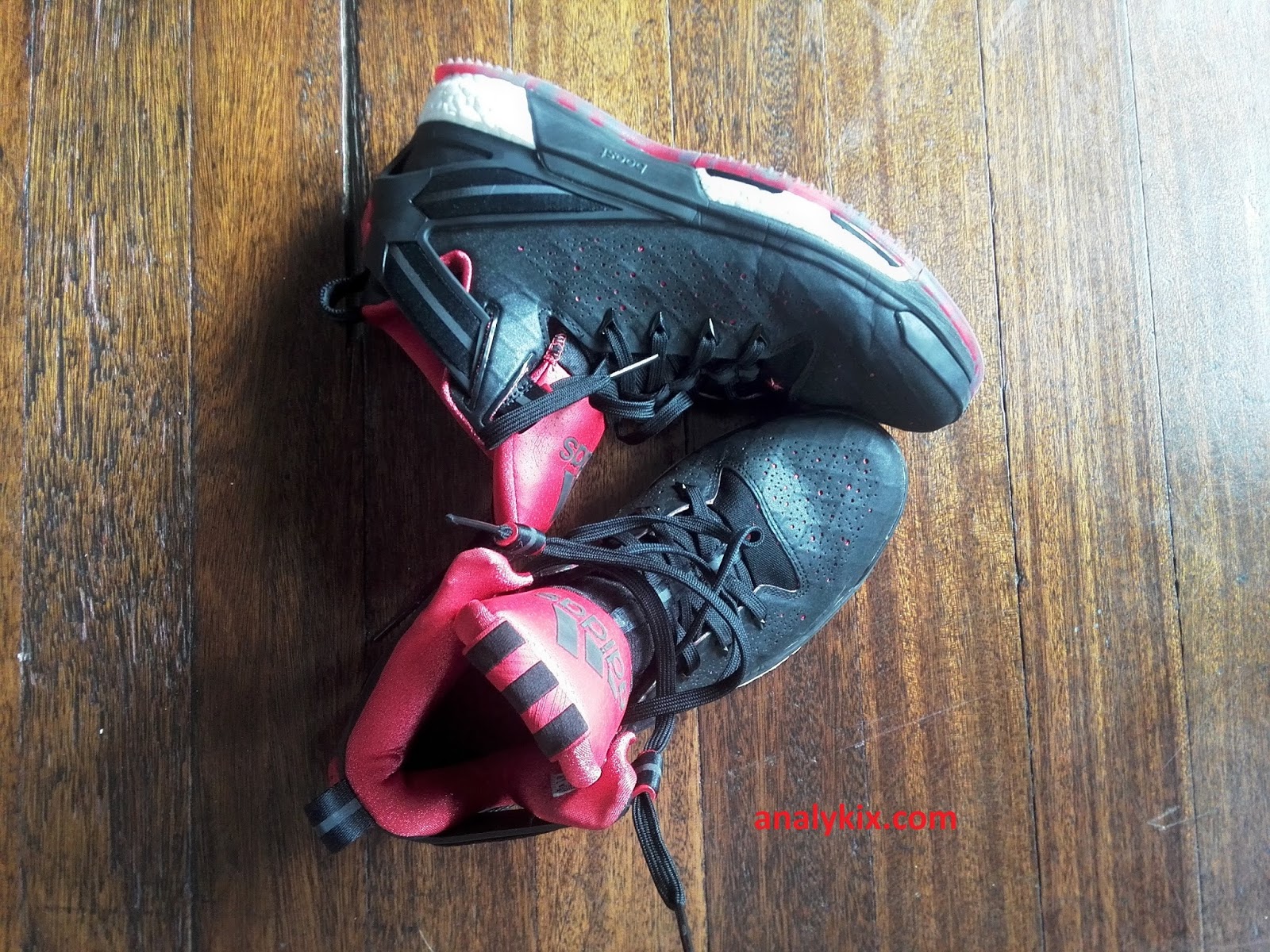 Overall, I enjoyed playing in the DRose 6. The Boost foam really does its job in providing good impact protection. While foot containment and impact protection for explosive players like Derrick Rose is the main theme this year, the containment part is a bit of a let down due to the roomy toebox which even for me who prefer some space find it too much. However, this could be prevented if you would be able to try them in store and choose your size appropriately. The materials as a little give or stretch since it is synthetic so basically the fit will be final. If you are an explosive type of player who loves driving in the lane, a high-flyer, or loves to grab rebounds who plays in whatever position will likely enjoy the benefits of the Boost foam. You can grab these at Adidas stores for Php 8,495. 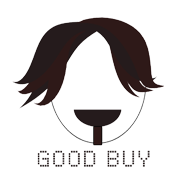