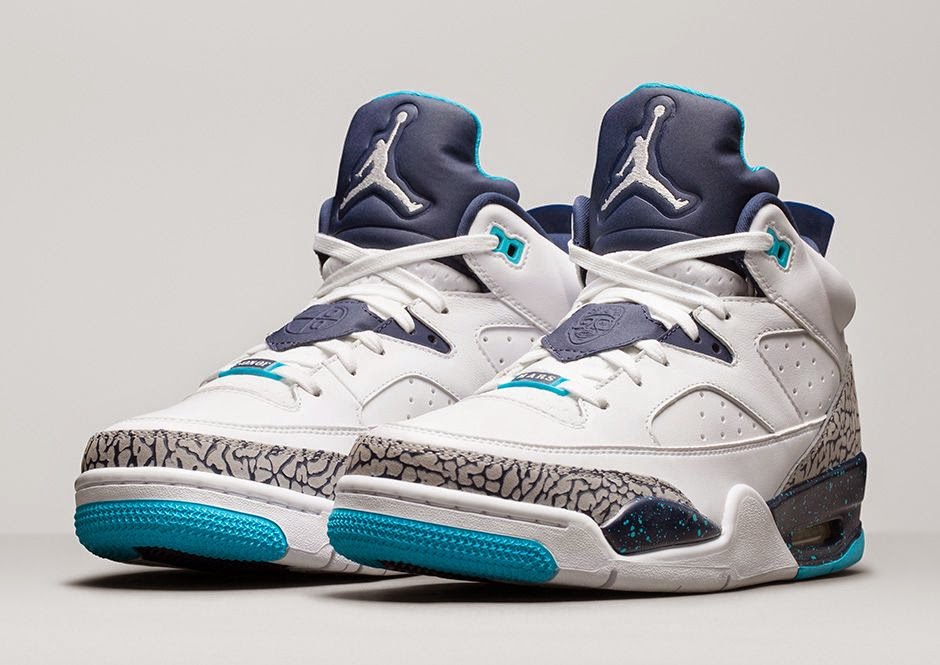 Another Jordan Son of Mars will be dropping this week in the States. You can see the influence from the past Jordan silhouettes merged into one shoe. Dubbed as Son of Mars, white upper is used for the majority with hits of navy blue and turquoise which can be found on the tongue, midsole (with splatter) and outsole. You can also spot the elephant print on the heel and forefoot for that hybrid look. There is a MARS lace jewel on the laces and Spike's graphic face as well. This will drop on April 24 for $140 and will also come in kids sizing. Keep it locked here at Analykix for news once we get some sightings here in the Philippines as well as their retail price.