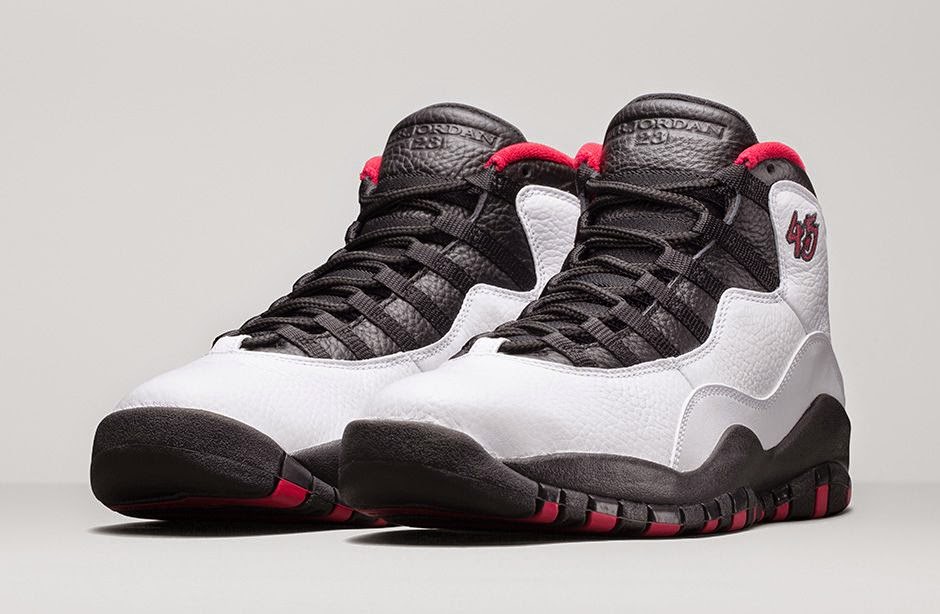 Jordan brand continues to celebrate its 30th Anniversary with another release and this time drawing inspiration from his come back game against the New York Knicks dropping a jaw-dropping 55 point game cementing that he is indeed back after his hiatus from the game of NBA basketball. In my opinion the simplicity of the Jordan 10 in terms of looks just proves what type of player Jordan is, letting his game just do the talking while showcasing his talents leaving both opponents and audience in awe. In terms of color used in this model, white upper is used with black to complement and red hits which resembles Chicago Bulls colors. The number 45 is seen on the lateral ankle side of the shoe which is Jordan's comeback number after retirement. This will drop on March 28 for $190 and will come in full family sizing. Keep it locked here at Analykix for sightings of the shoe and where will they be available.