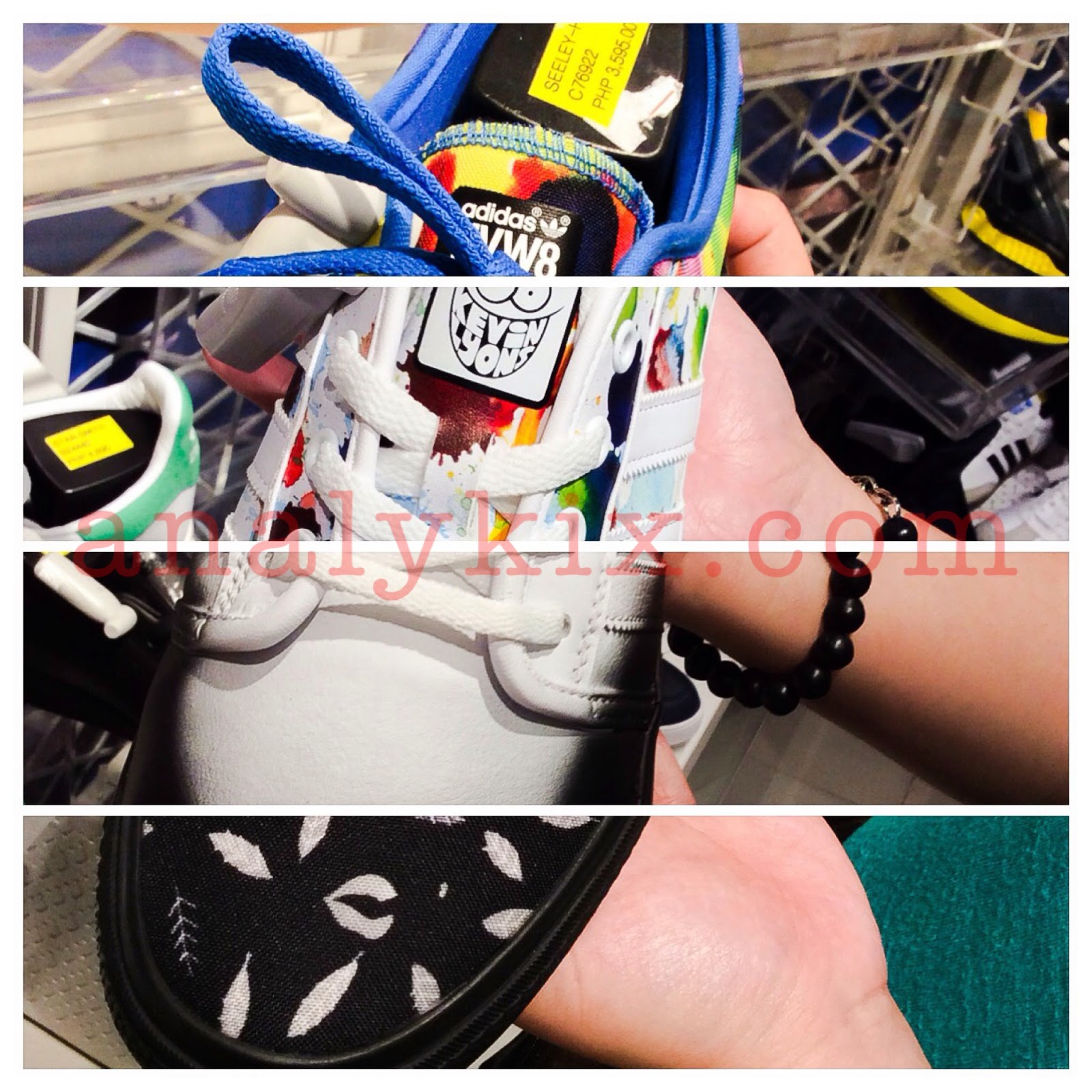 HVW8 is an art gallery located in Los Angeles, CA that regularly features artwork from modern contemporary artists. Kevin Lyons and Jean André are perfect examples of the types of artists you can expect to exhibit at HVW8. For this collection, Kevin and Jean each did two shoes.


Kevin Lyons is a multi-hyphenate artist, illustrator, graphic designer, and art director whose work has been featured in various commercial work. You may have heard of some his clients: Nike, Converse, Coca-Cola, to name just a few. He was also the former creative director of Urban Outfitters, and currently busies himself with his clothing lines, various commercial work, zines, books and solo shows.

According to Kevin, he wanted to create a bright, creative, colorful yet still wearable design for his shoes. It is evident on the final product: watercolor-y paint drips on canvas shoes reminiscent of actual shoes worn by, say, a painter. It's quite different from what people probably expected from him (he is known for his Monsters doodles, after all) but the result is stunning.

Jean André is a French artist and illustrator, who has also delivered something least expected of him. Known for his illustrations of women and girls done in the classic tattoo style, he says he knew that people probably expected him to draw the usual girls. Instead, he drew inspiration from the bigger picture, a more general pattern rather than detailed depictions of girls. He has also mentioned that he wanted to do something that he'd be proud to wear. And he still did a drawing of a woman inside the shoe anyway.
The HVW8 x adidas x Kevin Lyons x Jean André is now available at Adidas outlets in Trinoma and Greenbelt, and retails for Php 3595.