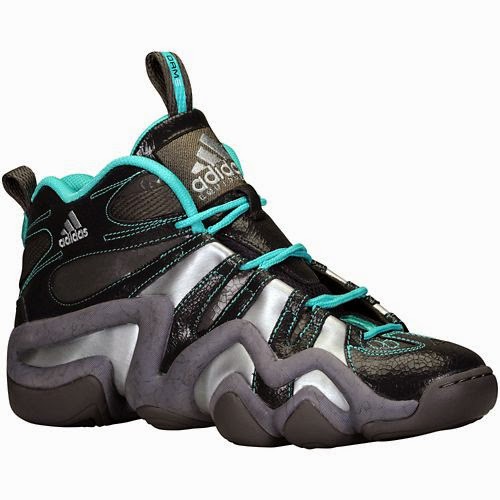 Retro models kept their significance by releasing different colorways. Although sometimes not the OG colorways, it's still a good lesson for young sneakerheads out there to see and be able to grab these priceless gems. For the 3 stripes, the Crazy 8 has been one of their coveted retro models which was once worn by Kobe Bryant, who is passing MJ in scoring. Now, Adidas released a PE version for Damian Lillard which they dubbed "Brick City" paying respect to his roots in Oakland.

The shoe has a black colorway for the upper with turquoise laces and stitching as well as inner lining on the shoe, and silver panels for the lacing system that goes all the way down the midsole while having grey hits as well. The tongue has a pull tab with Dame branding stitched on it. The pair is now available at Eastbay for $109.99.