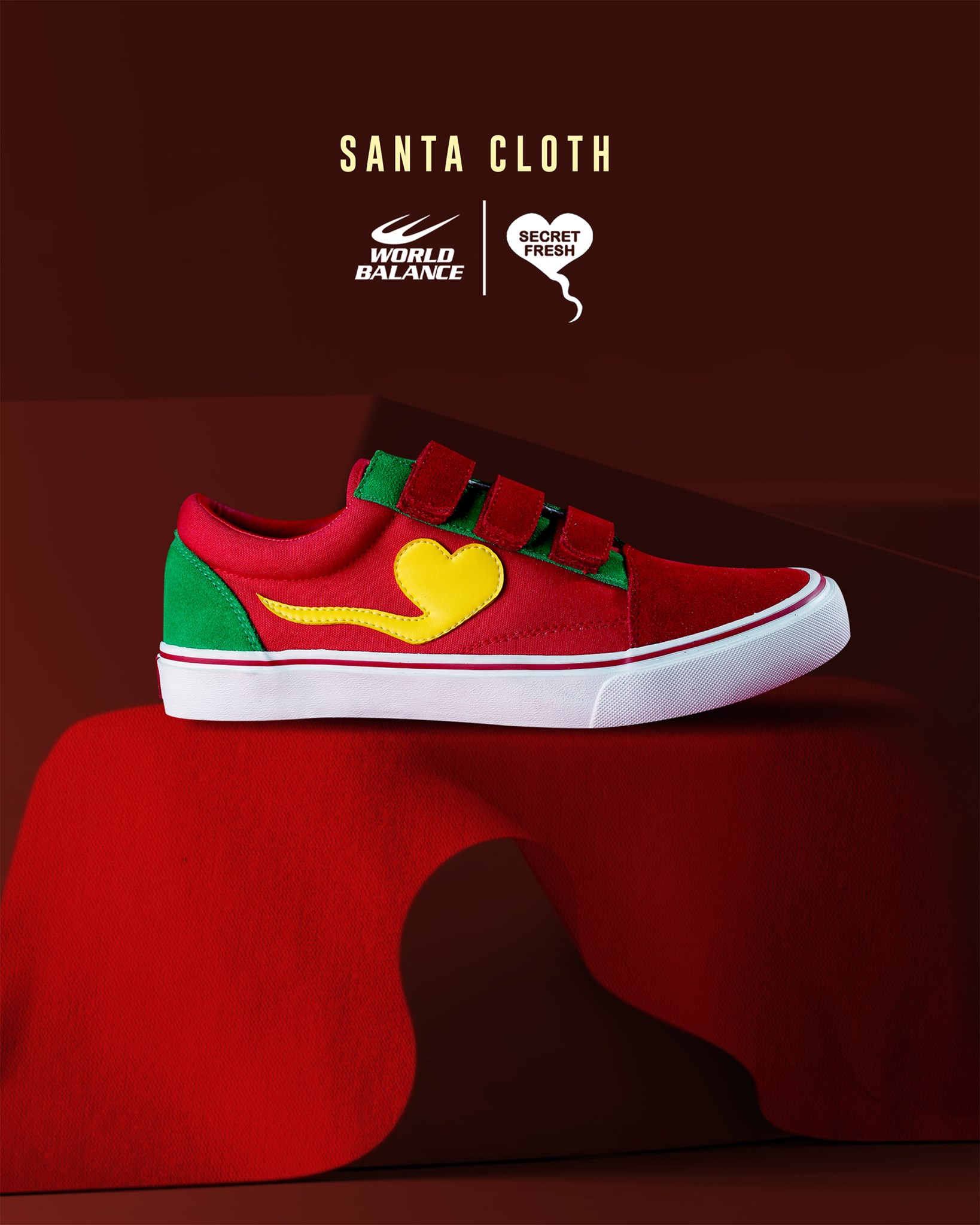 December just started and World Balance and Secret Fresh is already announcing some fresh drops which you can get this weekend. Dubbed as "Santa Cloth", it carries that I-Sperm silhouette with a Christmas vibe to it. As the name suggest, cloth -- particularly canvas (red) is the main material used in building the shoe. You can still see the suede (green) panels on the forefoot and heel area as well as on the velcro straps while leather (yellow) was used on the heart sperm logo. The vulcanized midsole is decked in white with a red strip for some added flair. While it is not seen in this photo, there is a branding on the heel area of the midsole in red. Also, Bounce Pad Insole system with a foam wedge was used for cushioning. Overall, I would say that this "Santa Cloth" colorway really adhere to its team pretty good. Sure, it isn't flashy in terms of crazy colors but it is a Christmas themed colorway and as far as I know it has all the bells and whistles to be a Christmas shoe.

I also observed that this whole collab between World Balance and Secret Fresh is putting the sneaker community particularly here in the Philippines on the edge of their seat with all these quick announcement and not to mention limited release of pairs. In my opinion, the hype getting stronger with each release due to the limited amount pairs. This "Santa Cloth" colorway of the I-Sperm will just have 300 pairs and will be sold exclusively on Secret Fresh Gallery on December 5, 2020 (100 pairs) and World Balance webstore on December 6, 2020 (200 pairs) for a retail price of Php 2,299.

Let me also remind you of their Christmas jingle promo. Just a bit of creativity and who knows, you might win kicks and GC from World Balance. Just click the link <HERE> for more the mechanics.