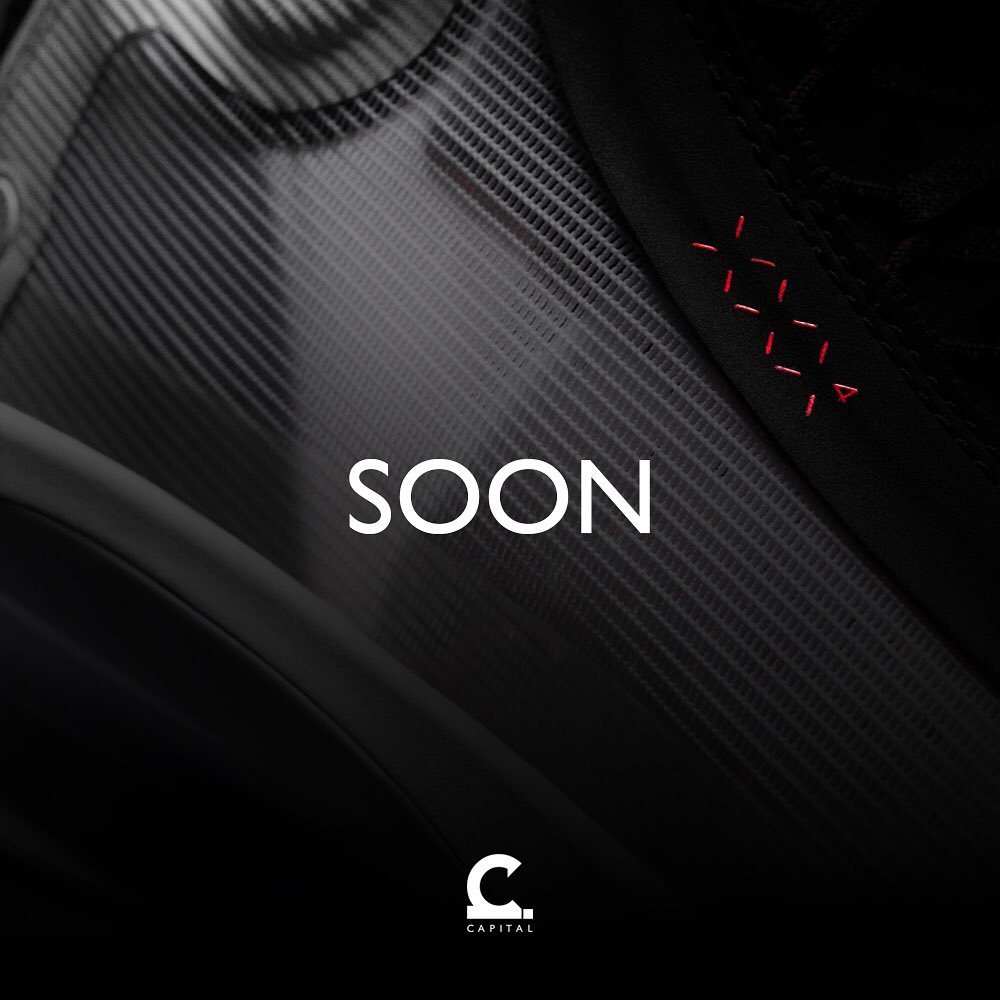 With the Air Jordan 34 unveiled some time ago, many are anticipating where we can get the latest model from Jordan Brand. If you are from the Philippines, of course, you will have your trusted Nike stores, but in case you run out of luck and were not able to snag a pair, then worry not because it looks like Capital (along with some other stores retail accounts) will carry them as well. This teaser image was uploaded at their Instagram page a couple of hours ago and we can clearly decipher the image belonging to the Air Jordan 34's upper. Capital is known for selling lifestyle kicks and they are starting to roll out performance kicks from different brands on their shelves as well. With Zion Williamson spearheading the campaign (who will likely rock the shoe this season), the Air Jordan 34 is again geared for flight with the introduction of their modified Flight Speed plate which they call "Eclipse Plate" which will aid the unlocked Zoom Air in the forefoot for a more bouncier feel underneath. The shoe is also noted to be the lightest that Jordan Brand created weighing at 13.1 ounce on a size 9. This is also due to the upper material being stripped off any excess toolings and just retain what the athletes essentially need. No exact release date nor retail price was announced, but expect them to drop pretty soon because the NBA regular season is fast approaching and I'm pretty sure they want to release it during the early part of the season. But don't worry, I will be doing an in-store footage once I spot them in Capital stores.