Clear image of the upcoming Kyrie 6 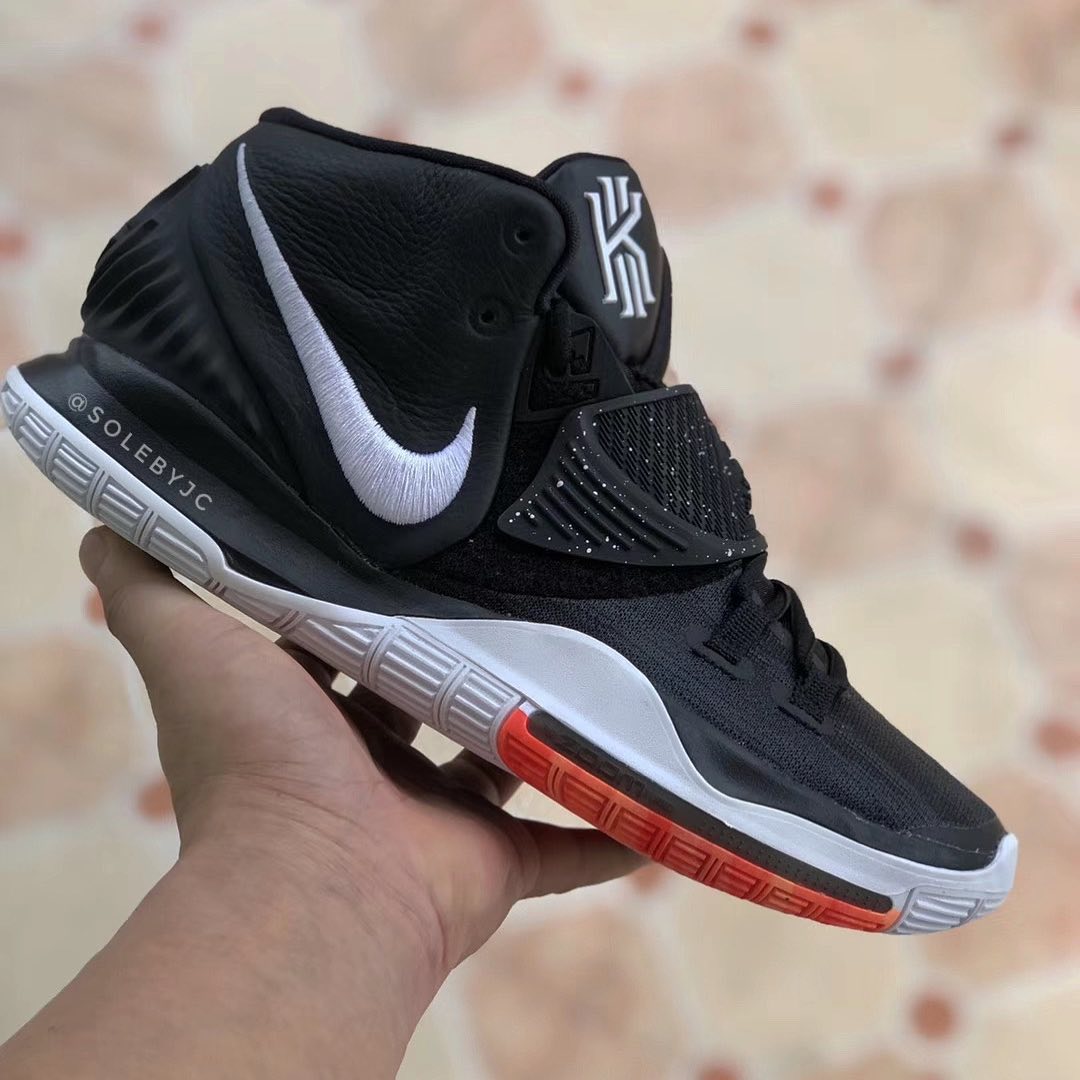 While we don't have any official unveiling yet, various images of the Kyrie 6 have been circulating the web and here is one of those images that we have a somewhat clear grasp on the shoe. This was taken from @solebyjc on Instagram so let's try to check it out and some obvious details about the shoe. It looks like the have the same height as the Kyrie V which means it is going to be a midtop shoe. Materials would be textile on the forefoot most probably engineered mesh while the ankle area has a leather build. We are not yet sure if some colorways would feature a different upper build but my guess is that it would be possibility. Also, we don't have any news with regards to pricing so if these would be on the same price range as Kyrie V, it wouldn't be too much of a premium material.

Another obvious thing that we are seeing here is the midfoot strap which helps promote lockdown. The Kyrie is one of those shoes that love foot containment especially due to the signature athlete's style of play. So along with Flywire lacing system, the strap would add another layer of lockdown in that area. The cushioning would likely be the same so if you love Zoom Turbo, which is an articulated Zoom Air bag in the forefoot, then you would love this as well. There is a very noticeable heel counter for added heel containment. In this angle, we don't have clear view on the traction pattern so we will just have to wait more (maybe on the unveiling) to know additional details about the shoe and probably its official release date, price and colorways dropping during launch time. Uncle Drew is with the Brooklyn Nets now so a Black/White color blocking is surely going to hit the shelves. But what do you think guys, will you be copping a pair just from these images alone?
Labels: basketball blog Kyrie Irving Kyrie VI Nike