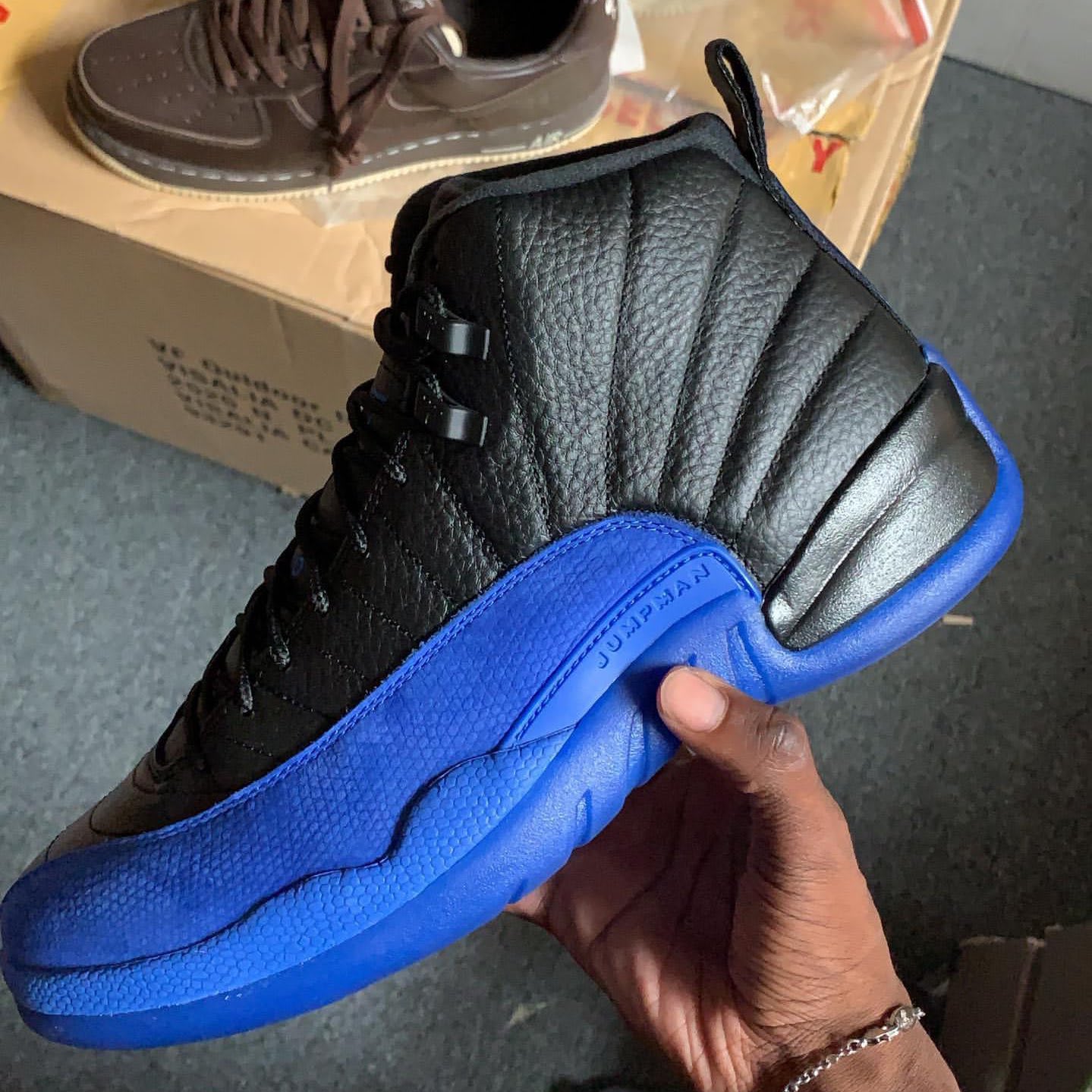 The Air Jordan 12 will return next month and it looks like royal blue will be a theme for the shoe. Just like the "Flu Game" or black/red colorway where it is predominantly in black, the red was replaced by royal blue. While it isn't your usual Bulls touch that you are customed on seeing, it still looks nice and in fact it looks great to be worn off court in my opinion. The Jordan 12 is one of those kicks from the Air Jordan retro line which you can ball in assuming they don't strip its usual tech specs which is phylon foam with Zoom Air and carbon fiber plate. Word is that they are scheduled to release on September 28, 2019 for $190 and will come in full size run from kids to adults.