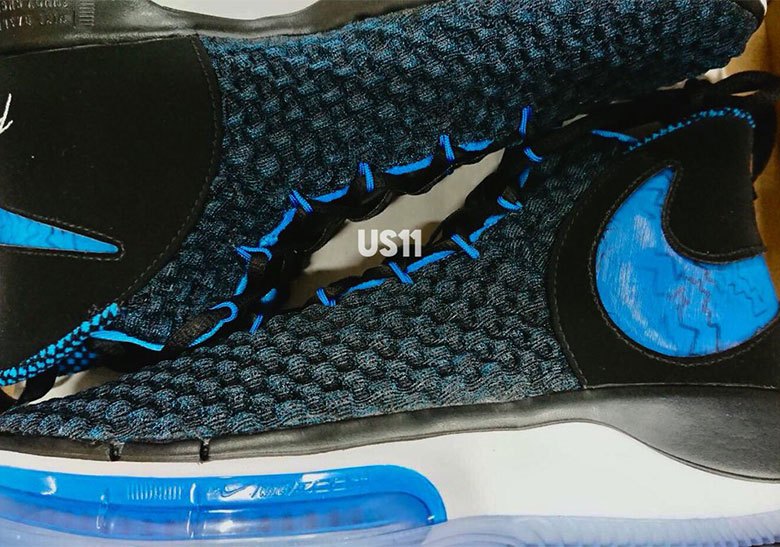 The Nike Hyperdunk line have been a go-to shoe for most players because of its versatility. It looks like Nike is about to end the Hyperdunk line, well sort of because it looks like they are replacing it with this, the Alphadunk. The good news is it looks like that it will continue what the Hyperdunk line is all about which a well-rounded shoe that most basketball position will enjoy. From the image here, you can see a textile upper which is I am going to assume to be Flyknit or maybe a derivative of it because it looks like it has some texture and thickness to it. Maybe it's Battleknit, but of course, these are just names to describe the material but the base material would be a performance knit upper. Now, another thing that is obvious would be that Zoom Air bag in the forefoot which goes all the way to the side, which you can it peeking through the side. It is bottom-loaded and it looks like a large one. Imagine if it was a Zoom Turbo which is an articulated Zoom Air, right? Also, sources say that the back is a double-stacked Zoom Air. Now, that would be nice as well because assuming that foam carrier is soft or at least not too stiff, you will really feel the responsiveness of the Zoom Air. Other notable features are the suede-like panel on the heel area where the swoosh branding is located and the word "Flight" stitched under it, a nod to the glory days of Flight line, which is one of Nike's basketball models back then intended for guards or wingmen. No official unveiling or announcement from Nike yet regarding this but word is they are expected to release during the Fiba tournament, which is a great way to showcase more colorways in my opinion. I hope with the name change, they wouldn't jack up the price too much. After all, this would replace the Hyperdunk which are known to have a good pricepoint.

Via
Image via: US11
Labels: Alphadunk basketball blog Nike