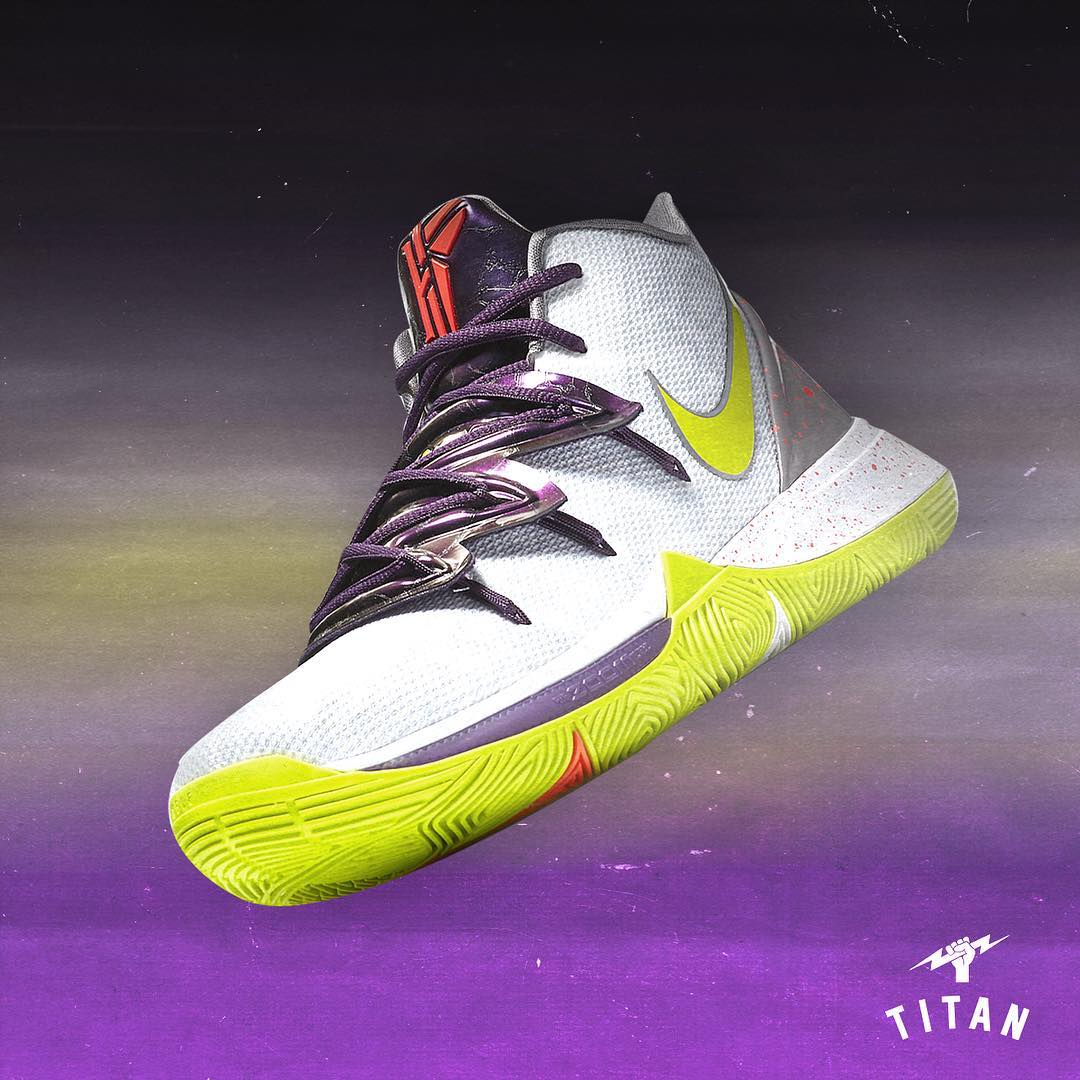 Kobe's work ethic as well as on-court dominance have always been a great quality to admire, that's why even up to now, his peers would acknowledge that mentality and try to channel that attitude to themselves. One of those players is Kyrie Irving who has that attitude, as his team enters the second round of the playoffs facing the Milwaukee Bucks. For his current signature model, the Kyrie 5, it will also have that "Mamba Mentality" colorway which is made up of a white-based upper with accents of purple, neon green, and red. That color scheme is a nod to a color scheme that was used in the Chaos colorway of the Kobe shoe. Another worth noting is the combination of the Kobe and Kyrie logo being joined together. This has been going on ever since a Kyrie shoe will have a colorway that would be inspired by a Kobe shoe. For key tech specs, you still have that Venus Flytrap lacing system to promote midfoot lockdown as well as the articulated forefoot Zoom Air for cushioning. In the Philippines, Titan will carry this colorway and will retail for Php 6,295 and is available at every Titan branch as well as their online store.