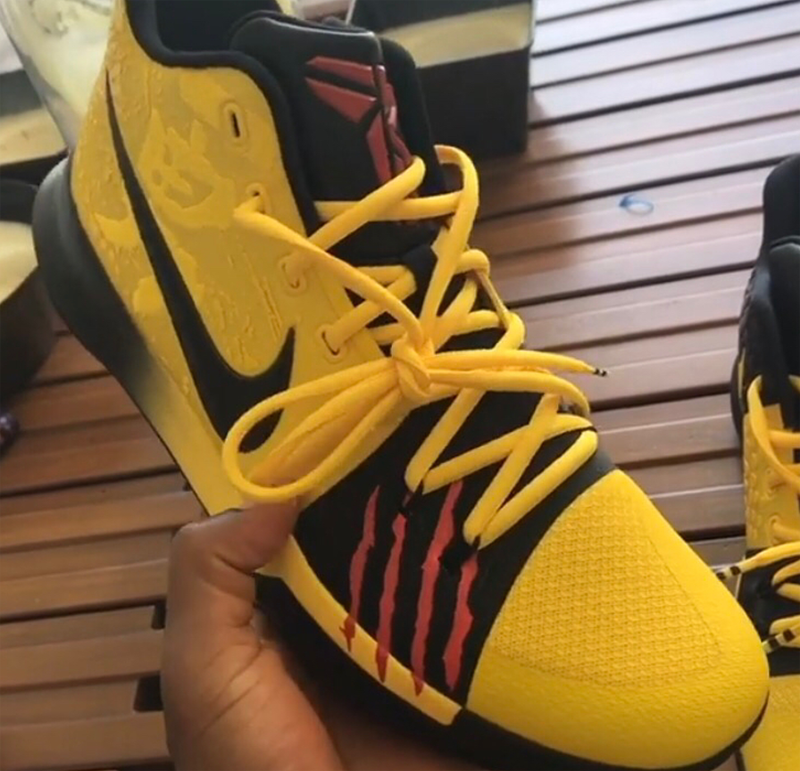 We are familiar with the "Bruce Lee" colorway in the Kobe line. Now, the said colorway will go the Kyrie line as well particularly in the Kyrie 3. Uncle Drew himself showed us some detailed pics of the shoes and just the Kobe's, this one also looks great. Yellow upper with black accents were used and surprisingly, a half-and-half Kobe and Kyrie logo can seen on the tongue as well. The famous "scratch" mark is also present in red which can be found on the forefoot area. A Chinese character can also be seen on the lateral side although I'm not sure what it means. Gradient yellow to black midsole and black outsole completes the whole vibe. No word yet if this will reach retail but I'm hoping it will since it is too nice to be skipped. 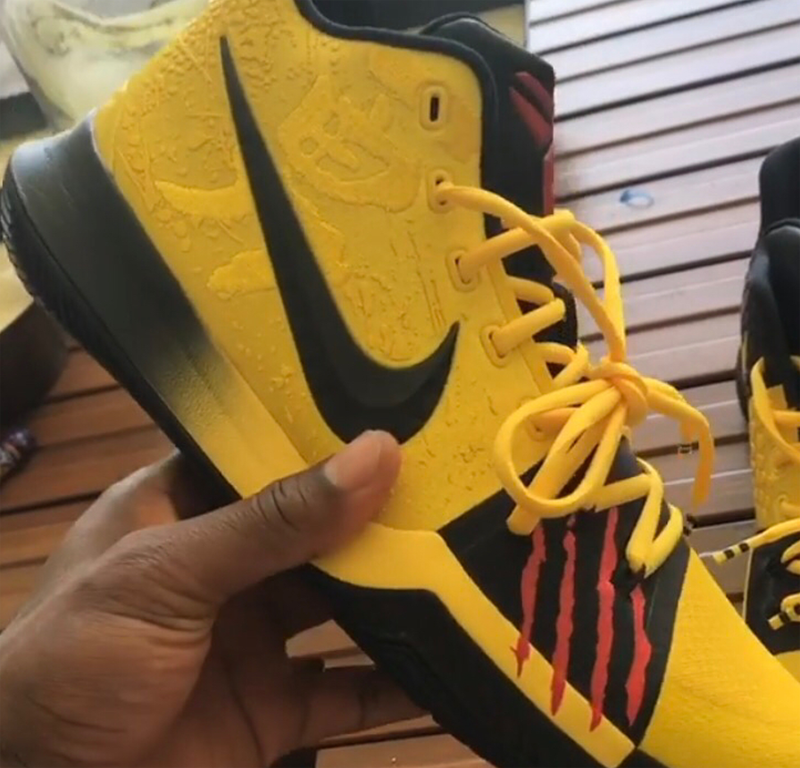