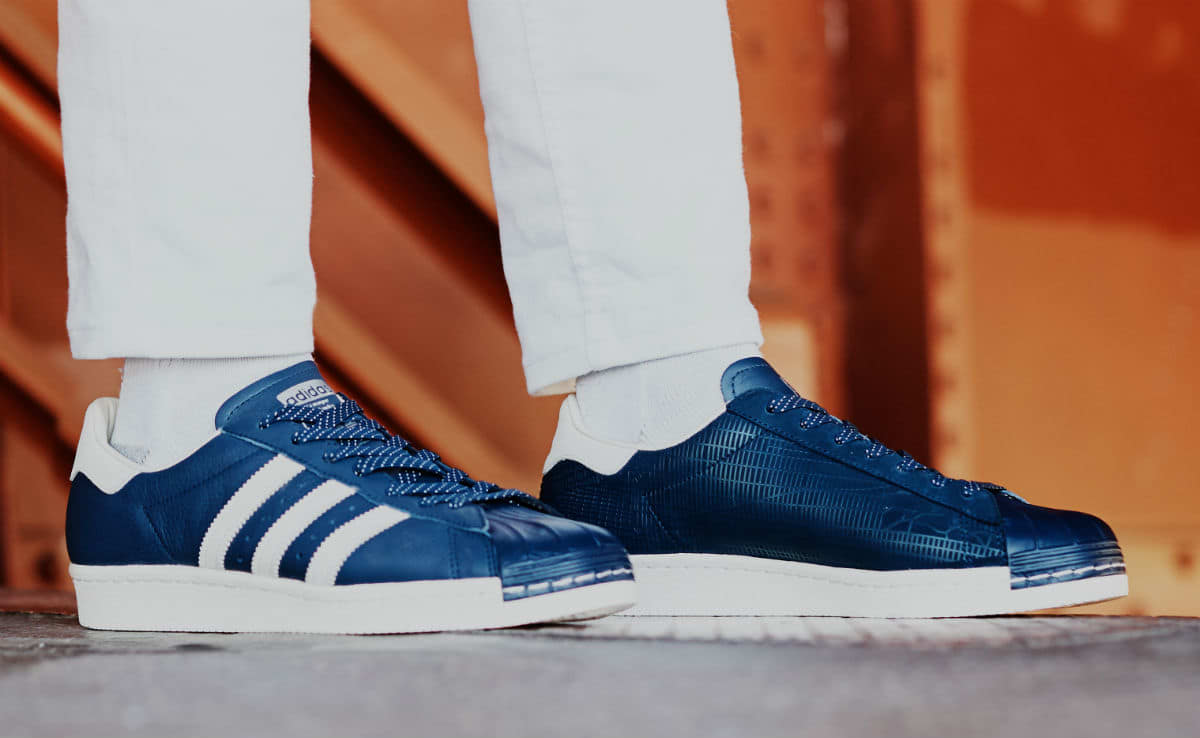 This adidas Superstar honors the great city of New York. Sporting a blue premium leather, there are white accents on the 3 stripes branding as well as on the heel area. Even the shell toe, one of adidas Superstar's known feature is in blue which you don't see often. Another awesome design detail is a map of New York's famous boroughs can be seen on the medial side of the shoe. The midsole / outsole of the shoe remains the same so the timelessness of the silhouette isn't changed too much. This special colorway of the Superstar drops this June 30 globally at various adidas Originals flagship stores in New York, Berlin, London, Milan, Seoul, Tokyo, Mexico, Paris, and Moscow. 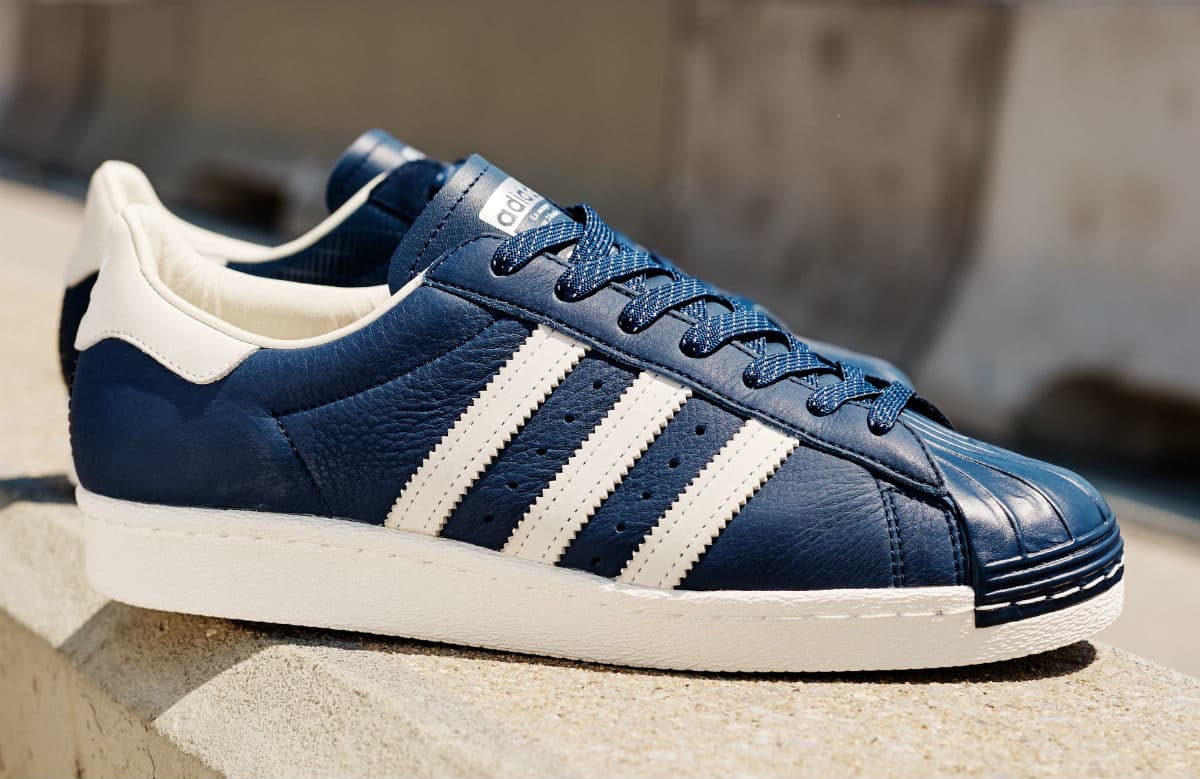 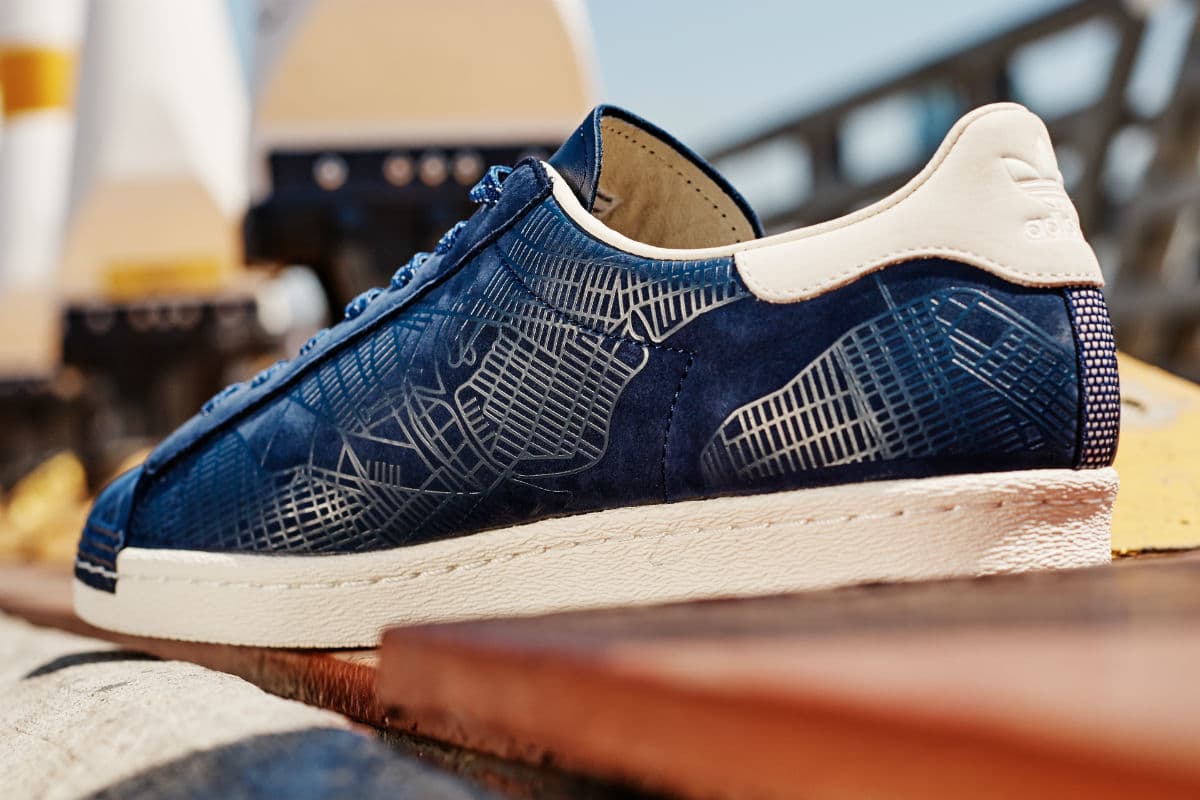 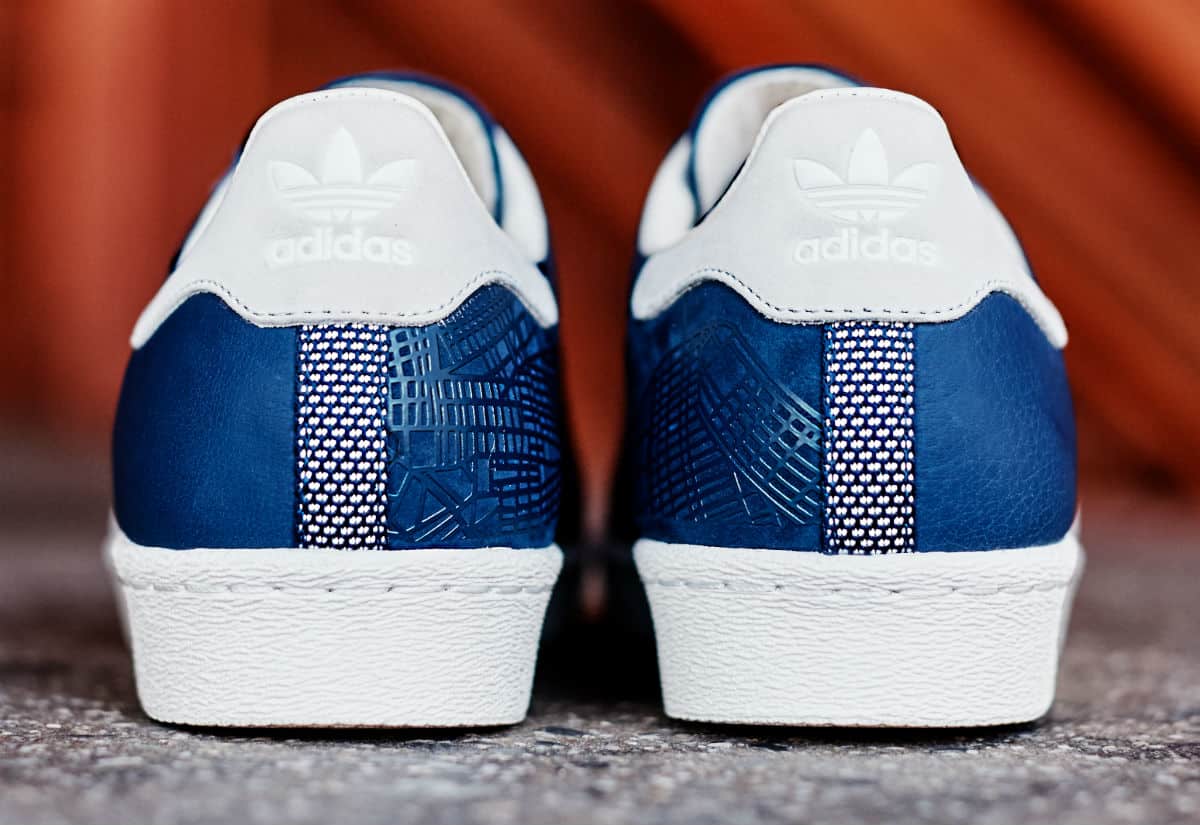 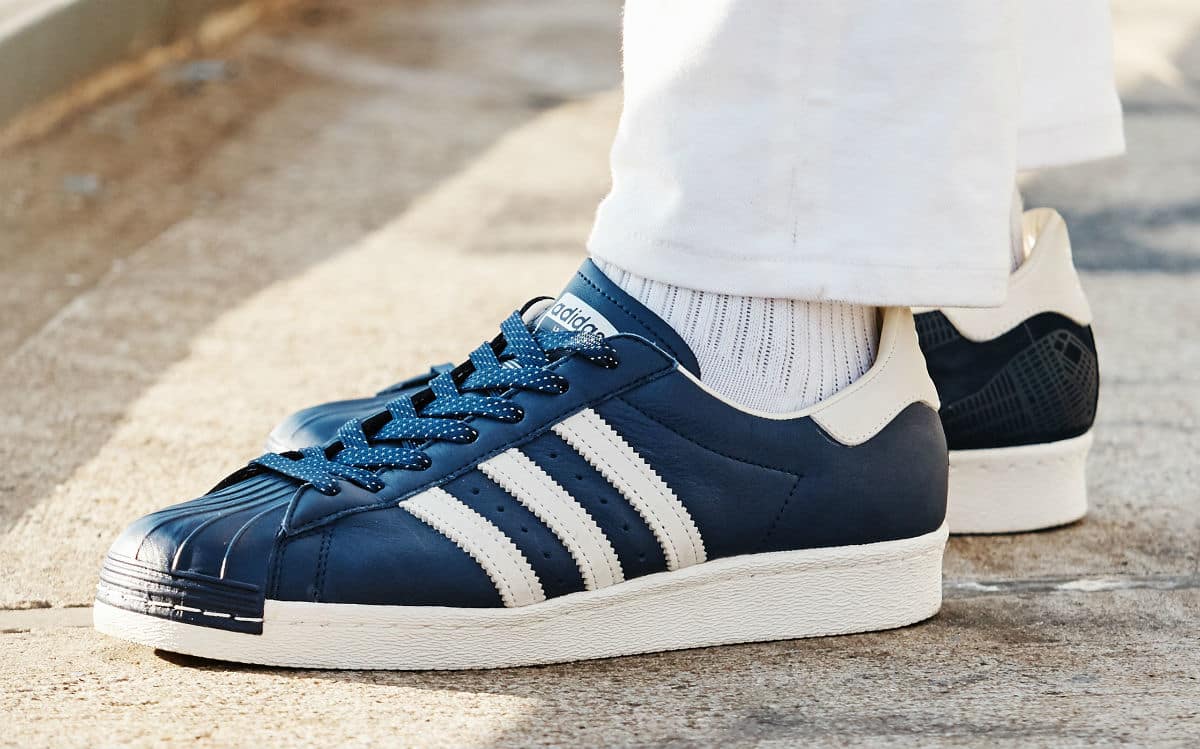