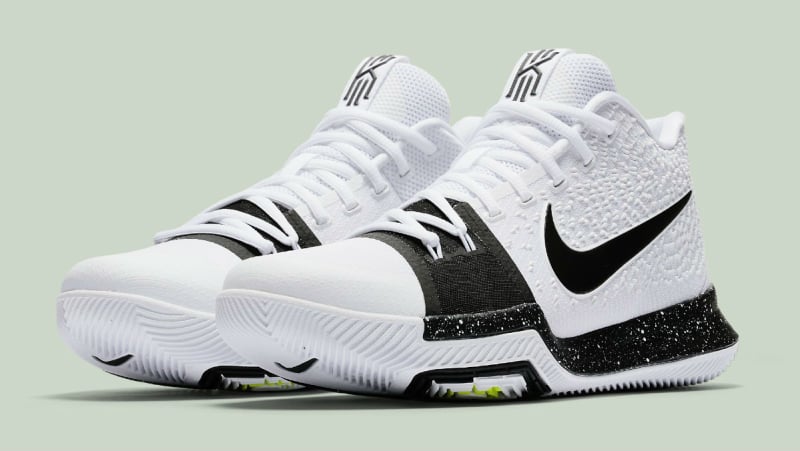 A very simple colorway of Kyrie 3 is about to release next month which many dubbed as Cookies and Cream due to the white and black color scheme. White takes the upper for the most part with black accents on the forefoot area, swoosh logo, Kyrie branding and some areas pf the outsole. Speckled midsole also can be seen and a hint of volt color underneath the forefoot pivot zone. This colorway will release on July 21, 2017 for $120. 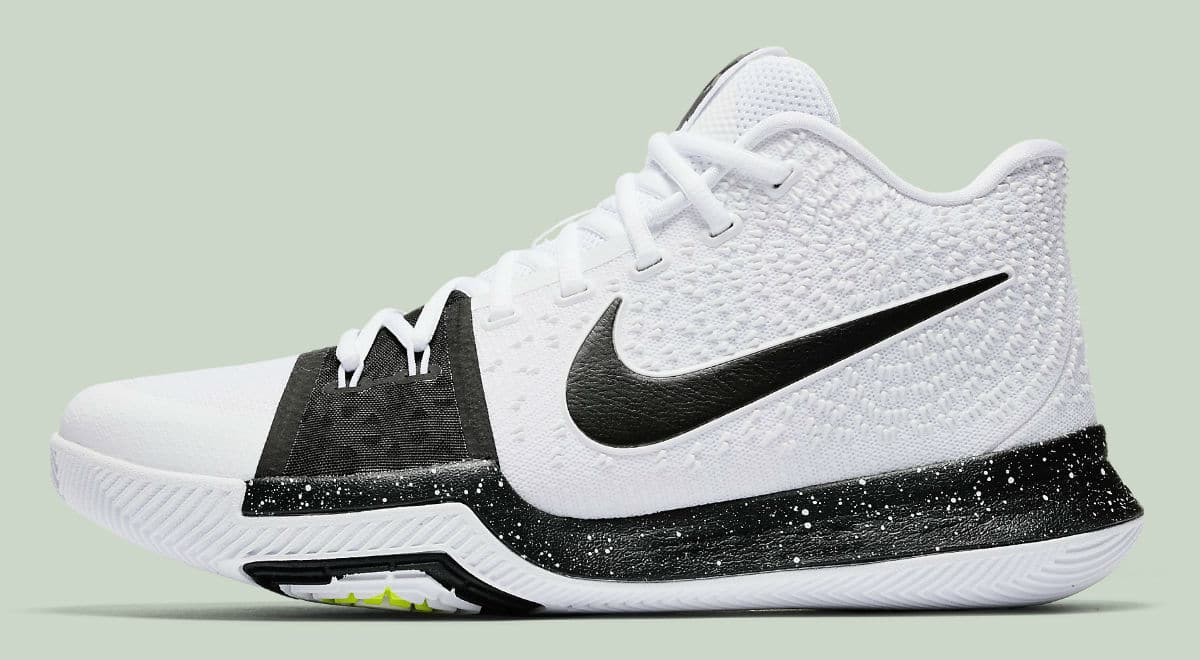 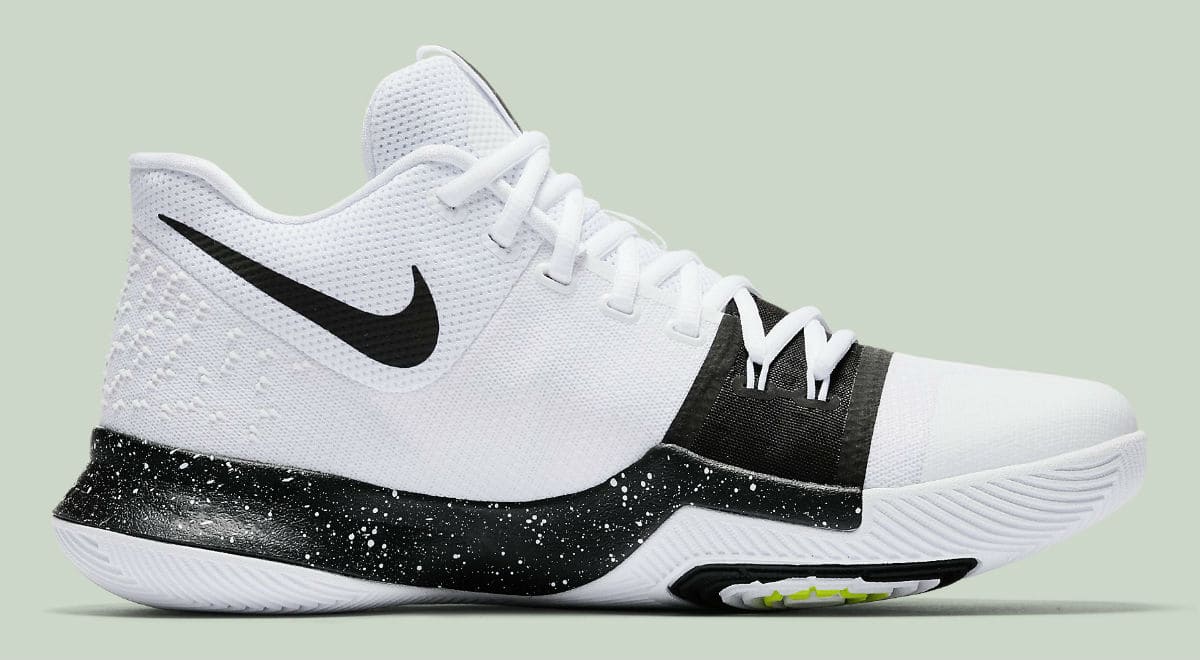 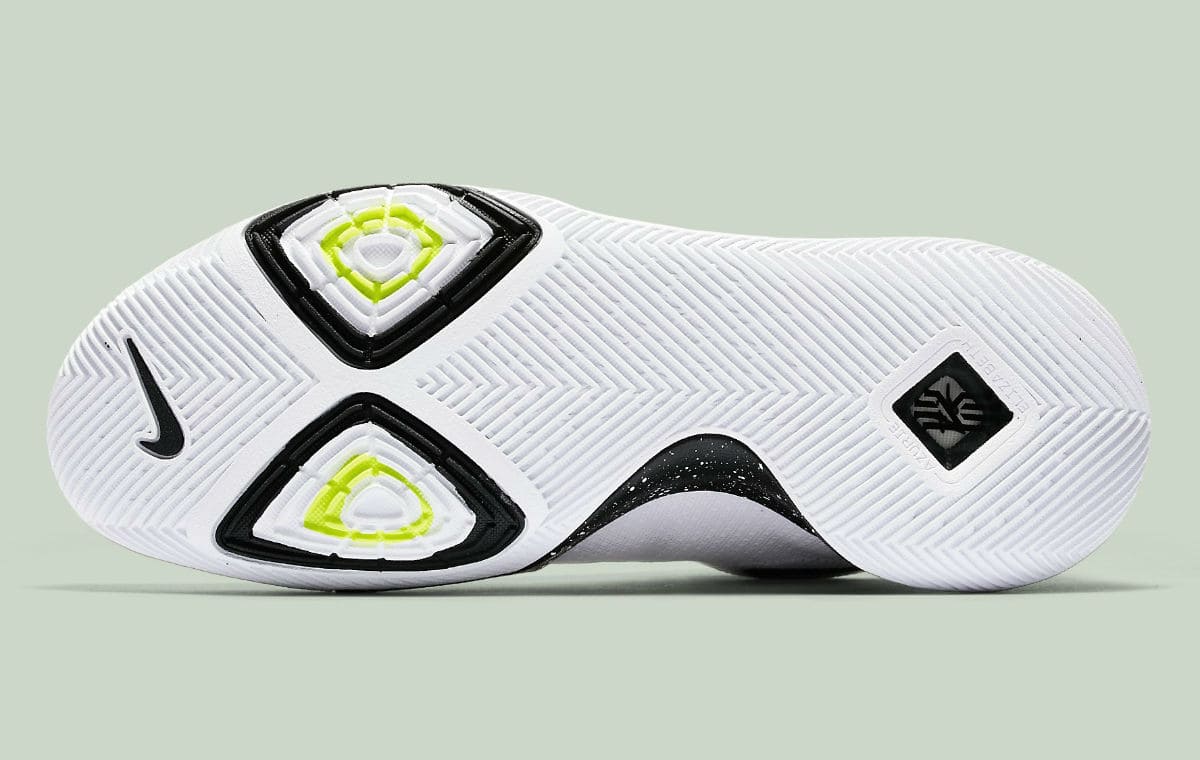 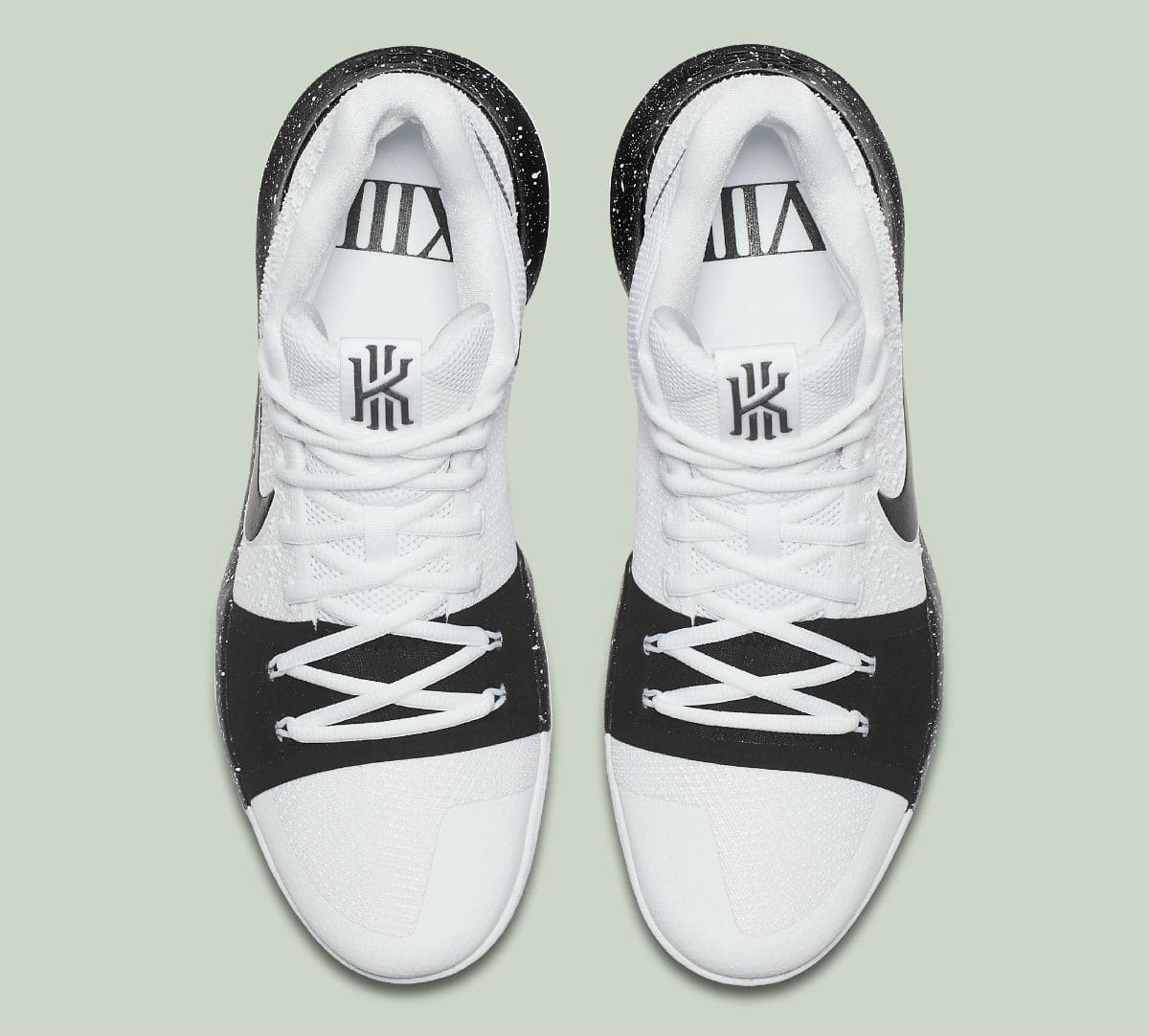 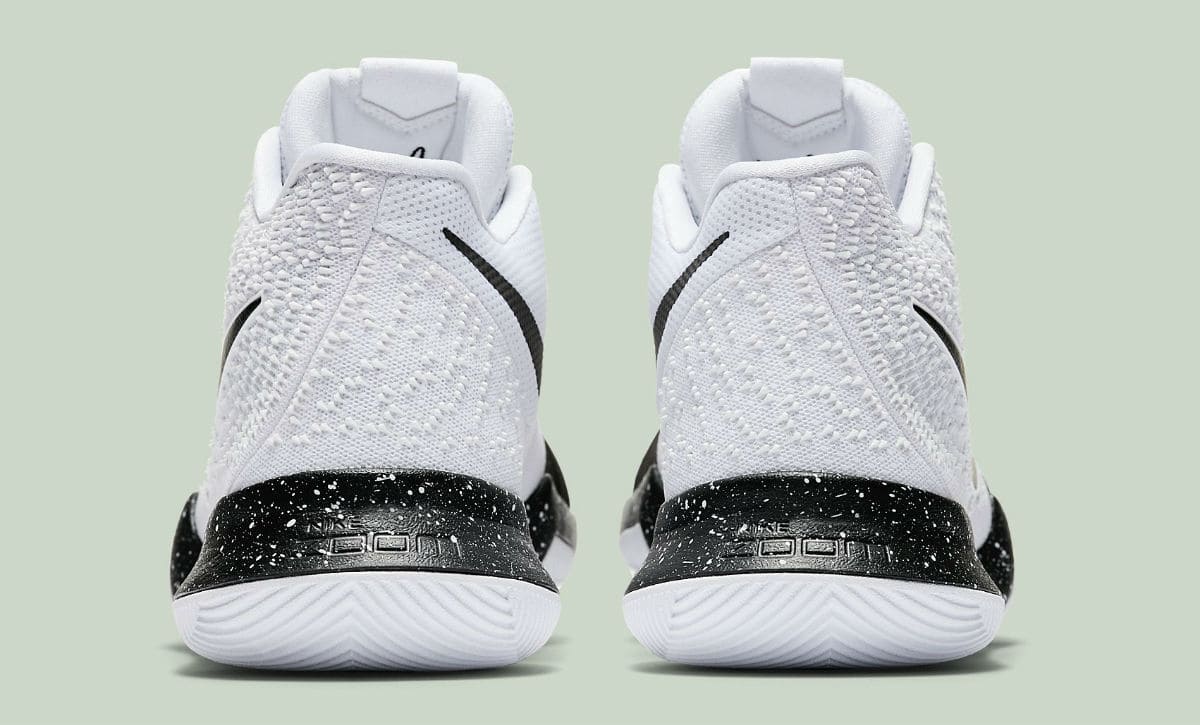