Another Black and White pair of Kyrie 3 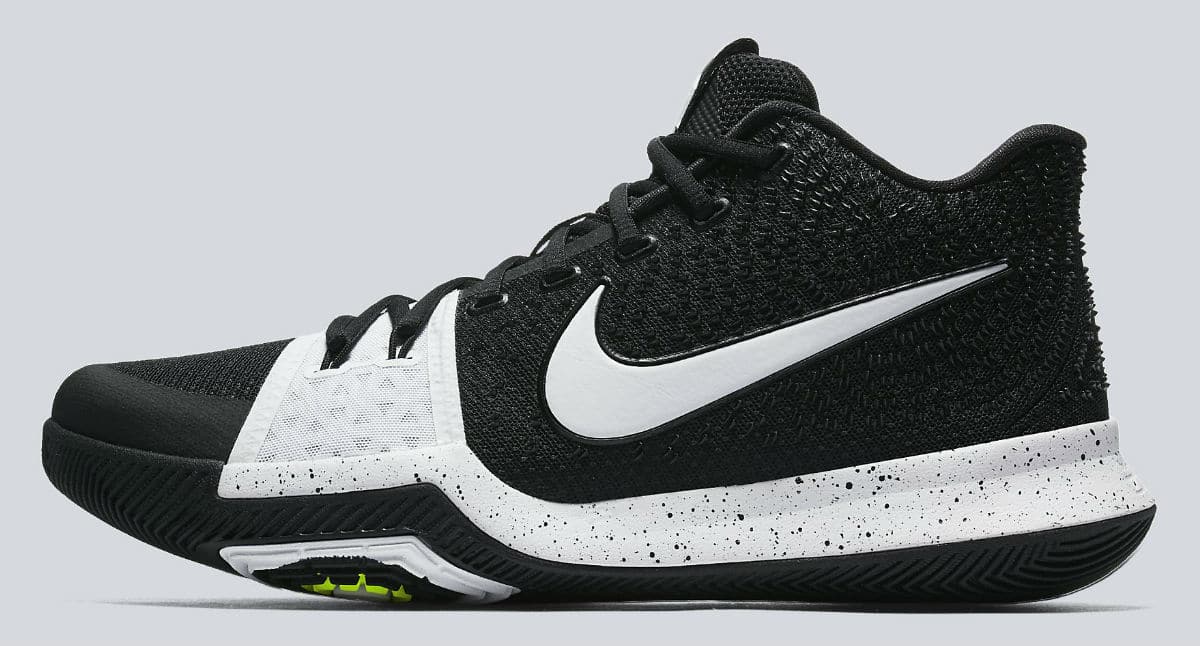 Another black and white colorway drops next month which they are calling "Tuxedo". Black upper with white accents on the forefoot overlay piece where the Flywire laces are locate as well as the swoosh branding and Kyrie's logo on the tongue. Speckled midsole in white but the solid rubber outsole is in black for the most part with some white and gold shade on the forefoot pivot zones. White black and white shoes looks are okay in general, I am not feeling the white strip on the forefoot area. But of course, that could be the story behind the "Tuxedo" colorway because when you look at it from above, it does kinda resemble of a formal color blocking in suits. Anyway, if you are digging this colorway, they will release on July 21 for $120. 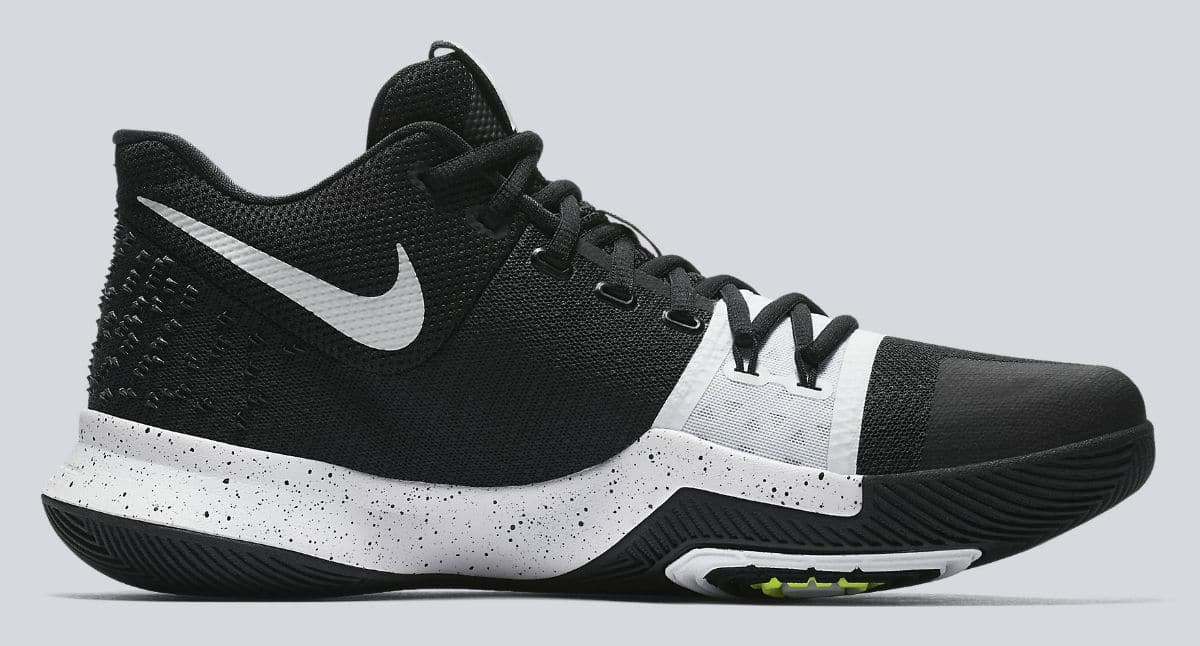 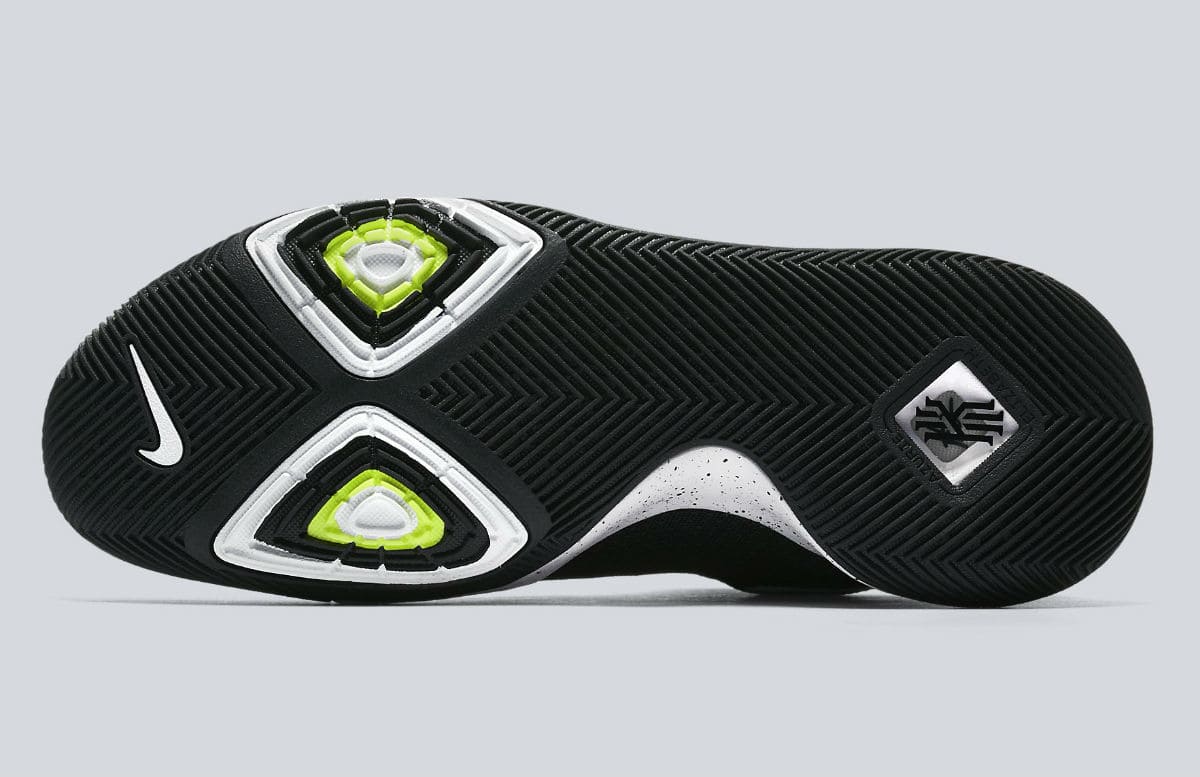 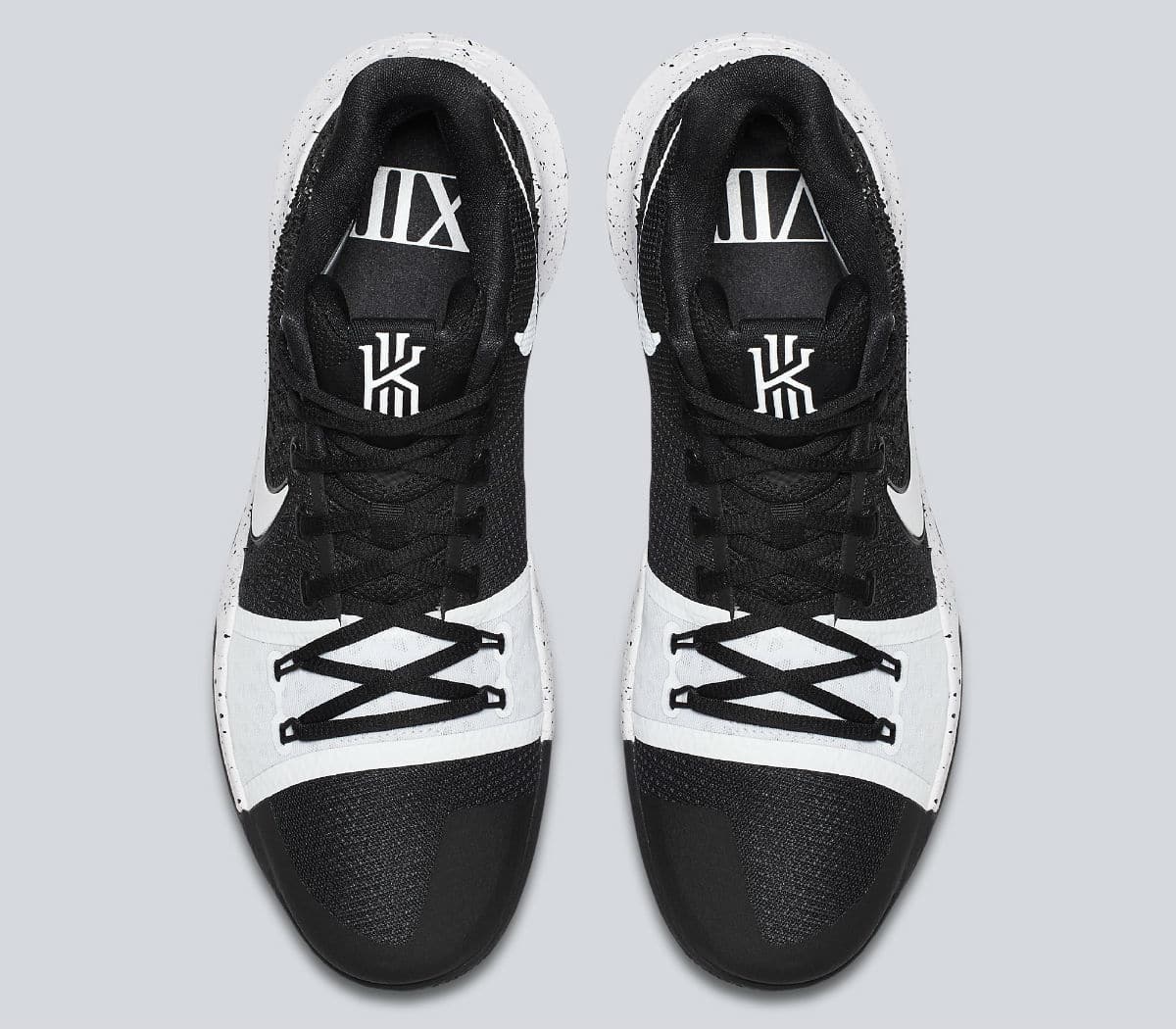 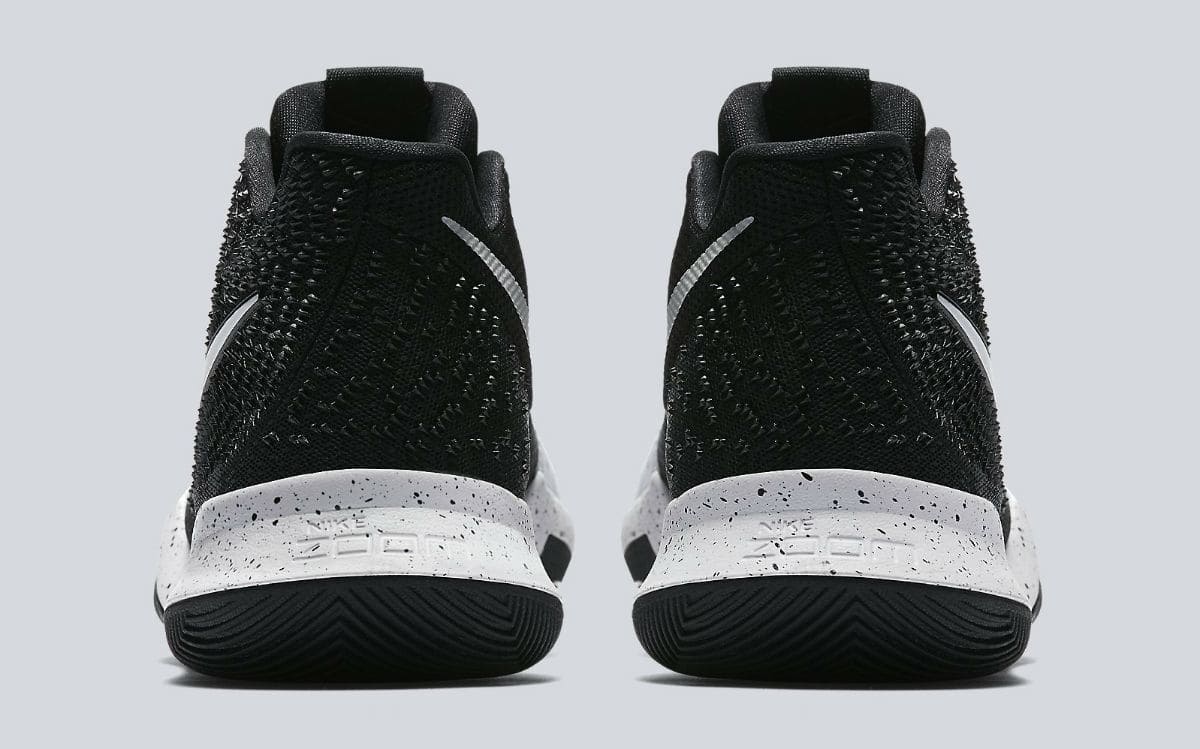 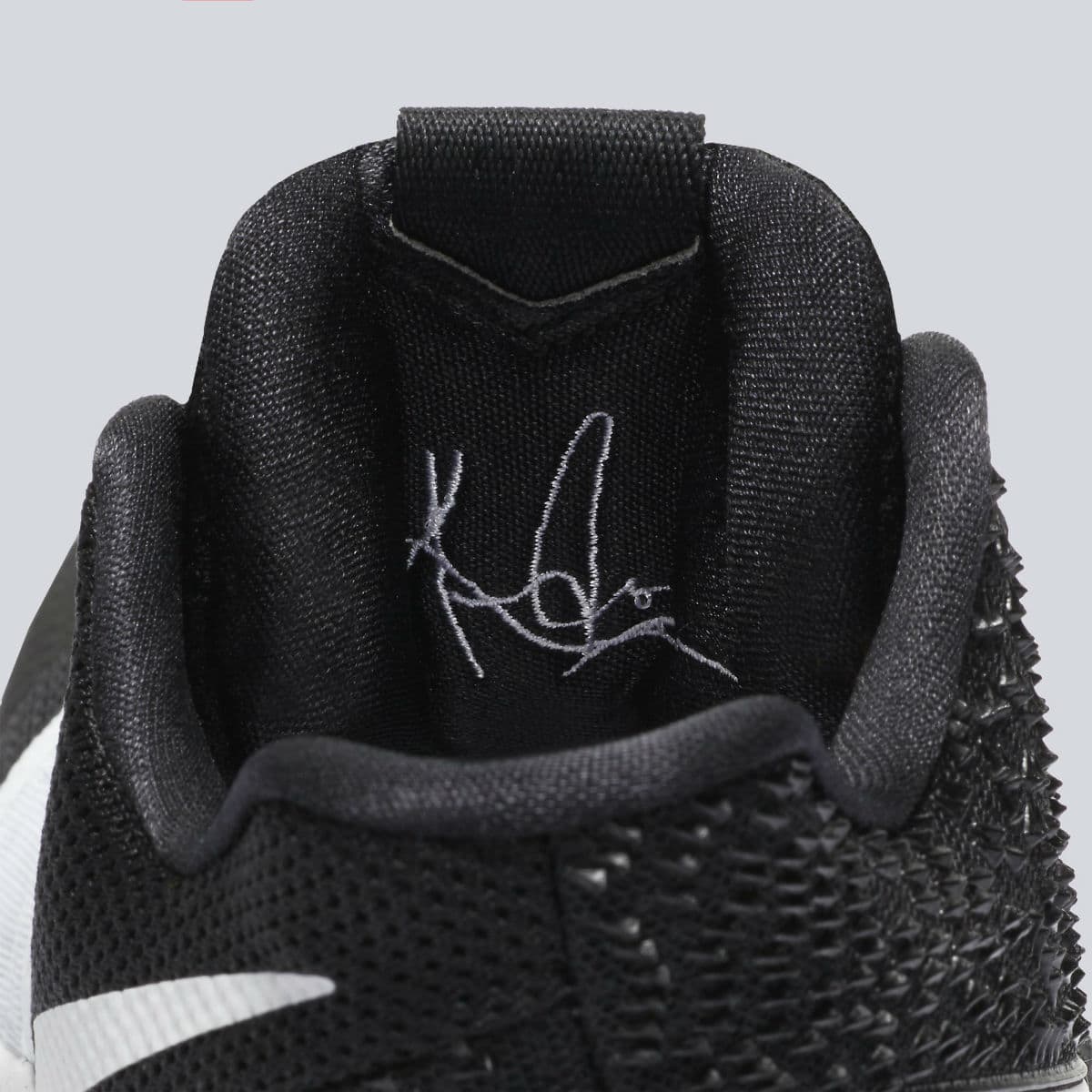