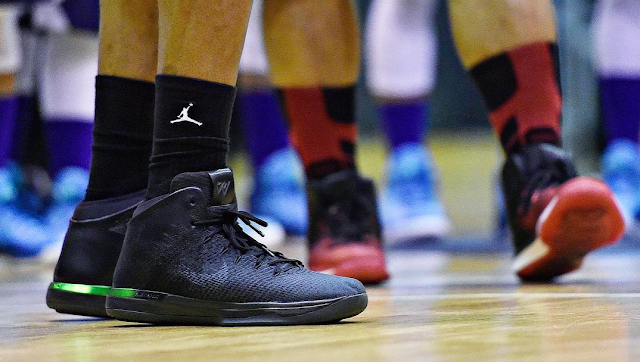 The Air Jordan 31 just released and Russell Westbrook is already showcasing a dope colorway. In his Asia Tour, Westbrook teased us this AJ 31 which has an all-black upper which is understandable since this tour is for the Jordan brand and not his team, OKC Thunders. That nice neon hit on the heel area gives a certain pop. You can also see Westbrook's logo on the tongue and expect you will see a lot more of that logo once he laced up more PE's in the future. Should Jordan Brand plan on releasing this colorway as a general release, this could be a good choice especially if you are not into loud or busy colors in your shoe. But for the meantime, the Jordan 31 "banned" colorway just dropped and I haven't seen them yet in stores so stay tuned as I will be posting images once I spotted them in stores. 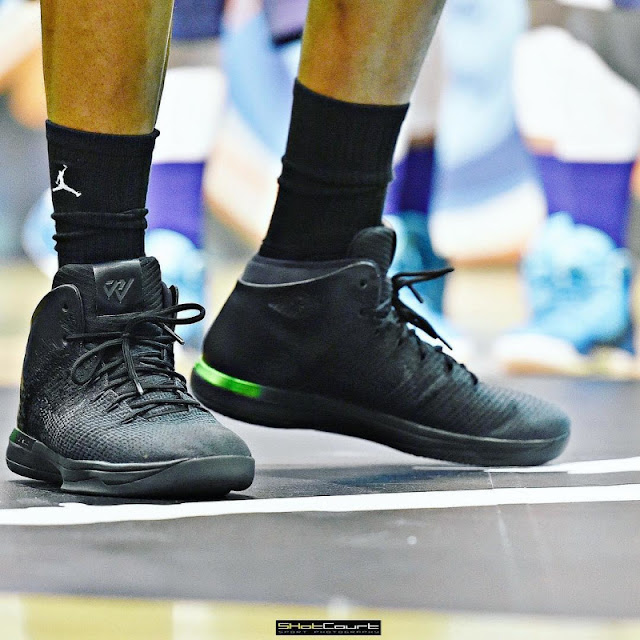