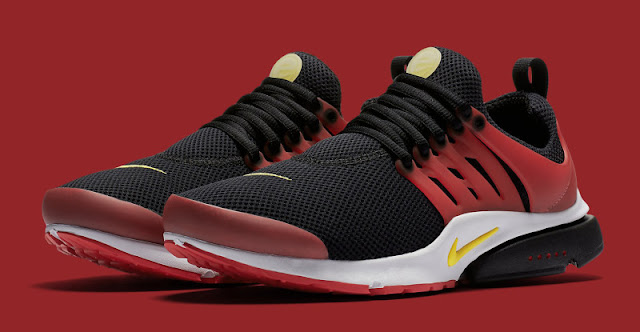 Nike will be riding the "banned" wave as well when they release this black/red version of Nike Air Presto. Also known as "breds", in short for black-red, black upper with red accents on the lace cage, heel counter and toe guard. Even the outsole is predominantly in red with an exception of black in the heel area. Yellow hits can be seen as well on the swoosh logo and Presto branding on the tongue. No official release date yet, but I'm sure this will drop soon maybe near the release date of the Air Jordan 31. 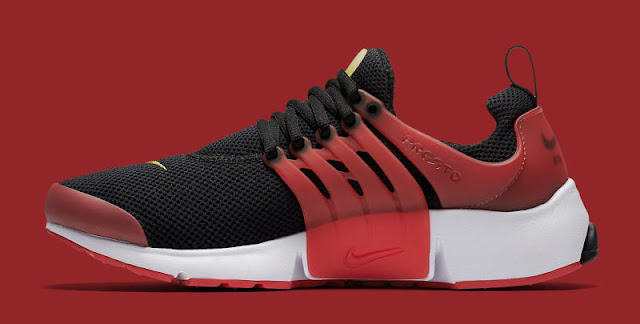 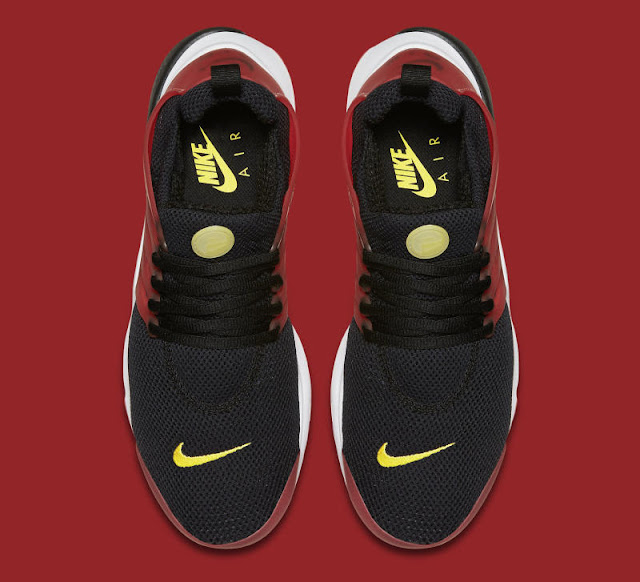 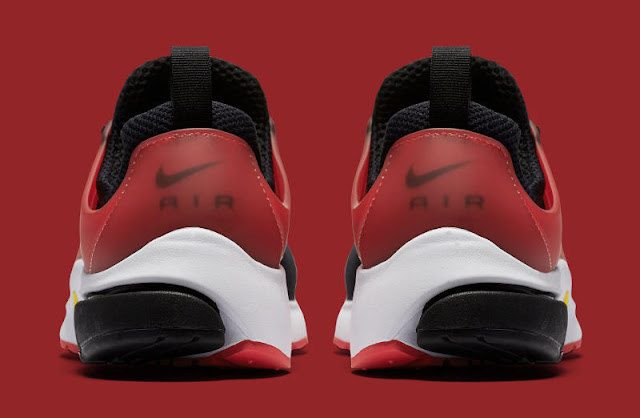