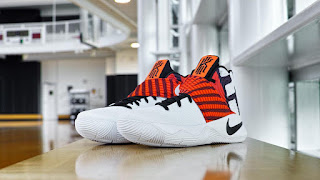 The Nike Kyrie 2 might not be included in Nike Elite Basketball series this year, Uncle Drew's second signature shoe will still be well represented with this colorway that he will be wearing in some of the Playoff games. Dubbed as "Crossover" which is one of Kyrie's signature moves, the said colorway is made up of a white upper for the most part with a crimson color strap and branding on the tongue. The ankle/heel part has large letters written on it. This will have a limited release on May 14, 2016 at Nike.com. 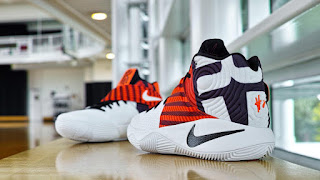