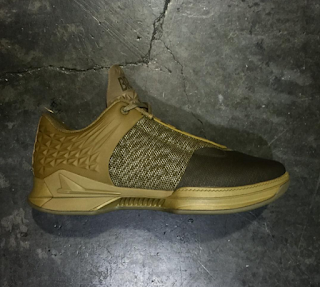 The J. Crossover 3 might be already on shelves but Brandblack is not slowing down on the J. Crossover 2. This low-top version of the J.Crossover 2 features a knit upper which is more reinforced to ensure adequate support considering that majority of the shoe is made up of knit material which is soft. Many positive reviews were made by people who get to play in them and I am sure that there will be more shoes from Brandblack in the future especially that it is reaching in different countries as well (Philippines, for example). Going back to the colorway which they dubbed "Special Ops", the colors used resemble to that of a Special Ops unit which is kinda cool both on and off court. We hope that Brandblack continues its reach so that many ballers get to see what they have to offer.