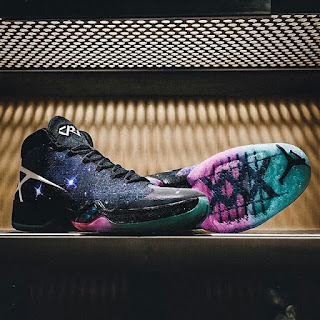 With the 2016 NBA All-Star game coming to an end, I would like to congratulate the West squad for winning the battle. With Russell Westbrook getting the MVP awards once again, here is what he wore during the game. The Air Jordan XXX is the latest shoe from the Jordan line which is very similar from the XX9. The tech involves a Zoom Air in the forefoot which is a part of the whole Flight Speed System with a performance woven upper and lenticular toe cap for some aesthetic points. For this year's theme, the upper has been designed with the bright sky of Toronto which many dub as the Northern Lights. Did you enjoy this year's All-Star festivities? Sound off on the description box below.