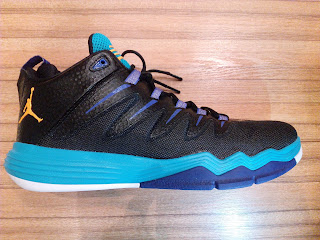 The Jordan CP3.IX "Hornets" colorway is now available. This is Chris Paul's 9th signature shoe with Jordan Brand and even though he is with the Clippers squad, Jordan Brand pays homage to the Charlotte Hornets by releasing this colorway since Chris Paul spent most of his career there where he developed his ability controlling the game as the team's floor general. Black upper which is a combination of mesh and synthetic leather was used with hues of pruple and aqua to represent the Hornets colorway. The outsole is made up of solid rubber so this colorway is another option for those who love to ball outdoors. These are now available at Planet Sports Trinoma. 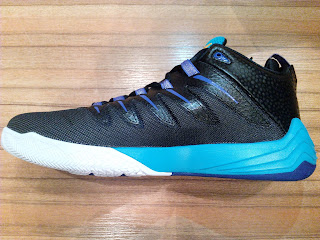 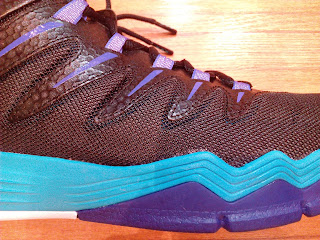 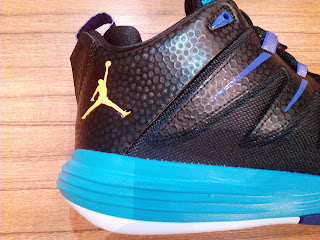 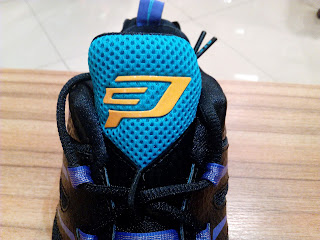 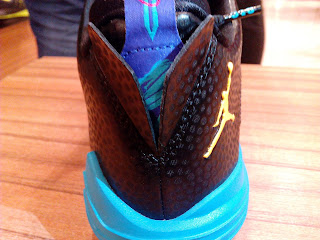 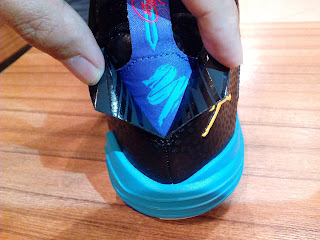 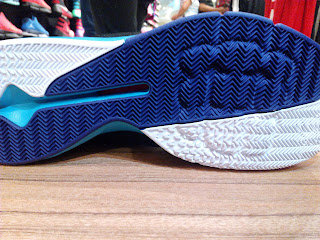