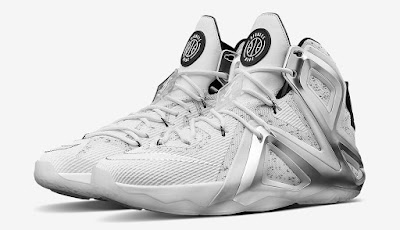 With the Nike Rise campaign continuing here in the Philippines, we witnessed the return of Lebron James here in the Philippines. Have you seen that clean Lebron 12 that he wore during the press conference? That happen to be the Pigalle X Nike Lebron 12. The shoe is indeed clean with white being used in the upper with some specs which can be seen throughout the shoe. The Pigalle logo has been changed a bit turning it upside down to make it look like a "b" representing the said collaboration with Nike Basketball. The tongue is also treated with leather for a more premium look. Since Pigalle is based in France, the collaboration should be equally treated with aesthetics and performance. The shoe released in some stores in Asia with the next wave releasing on September 9, 2015.