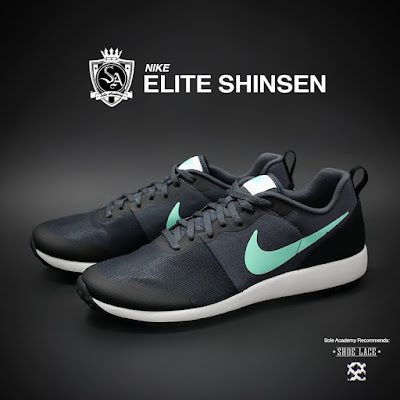 Here is a special release brought to us by Sole Academy.  The Nike Elite Shinsen features a breathable mesh upper with some fuse overlays for structure and support. Nike waffle outsole pattern will be used once again which is similar to the one that you see in one of their popular model nowadays, the Roshe line. Going to the colorway, the shoe has a black upper with green glow used in the swoosh branding which can also be found in the tongue as well. White midsole was used to balance everything out. If you are interested, these are now available at Sole Academy Alabang, BGC, Katipunan, Trinoma and SA Online.