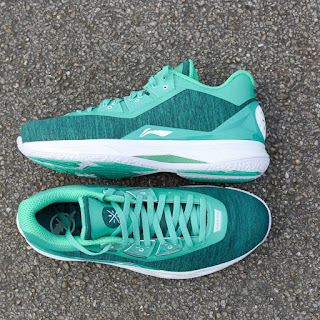 D-wade has been the face of Li-Ning brand. Releasing his signature line dubbed as the Way of Wade, Li-Ning also placed almost their whole basketball line around Wade by releasing team models having "Wade" in it. I'm not saying that it is bad, in fact, it is a good move especially many idolize Wade and would want to try out his shoe but not all could afford his top-tier line. An example of this is the WoW All City Encore 2 which I will be releasing the performance review this weekend, although you can check-out my first impression <HERE> for the meantime. This year, D-Wade himself gave us a sneak peek on the next Way of Wade 4. The color is really appealing to me with the use of teal. Although we do not know yet the tech specs of the shoe, the shoe's upper looks to be made of fabric which veered from its predecessor which was leather although they could even make a leather version of the shoe once it officially drops. Who knows, maybe this is a special colorway since today is off-season in the states and Li-Ning made a WoW 4 specific that would be more off-court specific. But for the meantime, we will just have to wait for the official unveiling of the Way of Wade 4 to know the specifics such as tech specs, colorways, and price.