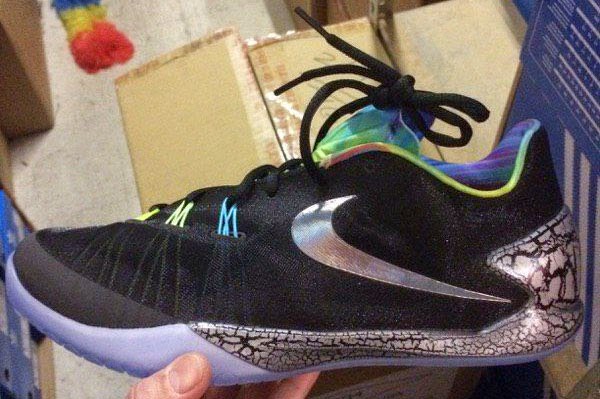 Here is a shoe that could debut on NBA All-Star 2015. James Harden has been known to low-cut models. Here is another low-cut shoe by Nike dubbed as HyperChase. From the images, it looks like it uses a black fuse upper with Flywire lacing system. The swoosh brand has a silver accent as well as the midsole having crack-like design. The translucent outsole complements with the silver pattern to make it stand out even more. Another worth noting is the asymmetric tongue which was last seen in the Nike KD VI. You can also see James Harden's logo on the muti-colored tongue and on the shoe's inner lining. These will release on February 12 with a retail price of $120. 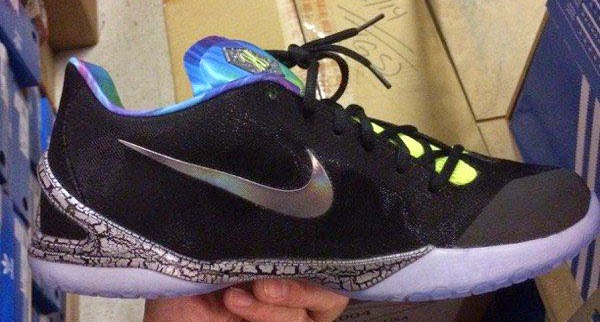 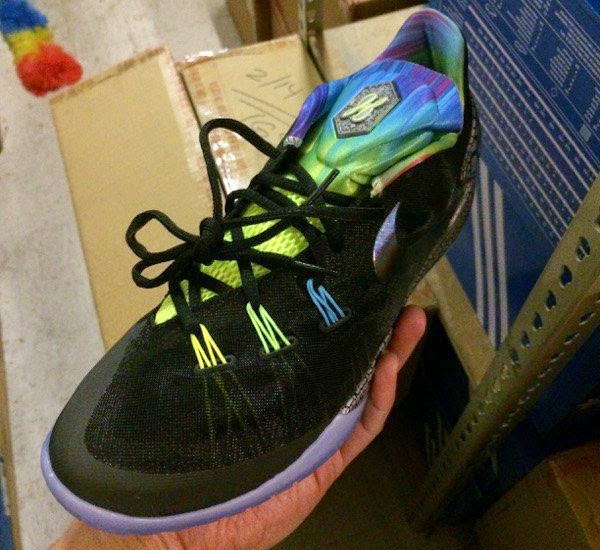