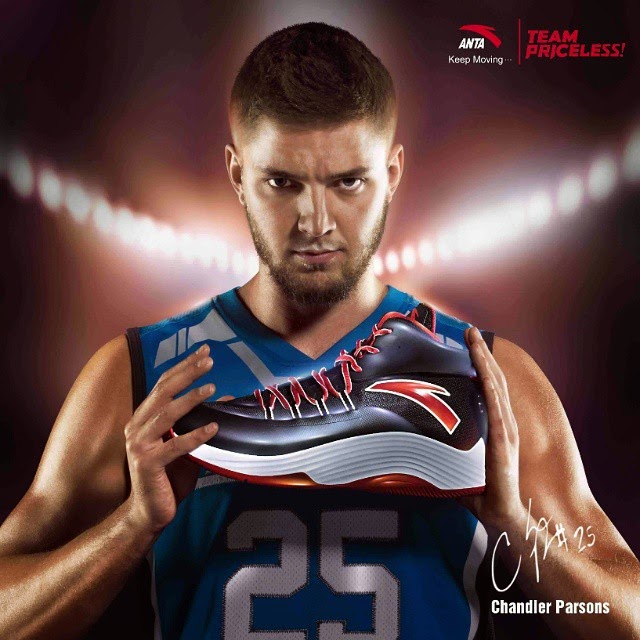 With addition of Klay Thompson in their roster, Anta created enough buzz followed by lacing him up with his signature shoe dubbed as KT Fire this All-Star Weekend. To follow up on this move, they are announcing Chandler Parsons' signature shoe which will be released this year. With Dallas getting that 5th position in the Western conference, Chandler has been an integral part of the team and with that, Anta makes sure to that this won't go unnoticed giving him a signature shoe to further cement their growing brand. Checking out the image above, it looked like it is going to be a solid shoe with enough padding on the ankle for support and hopefully this would cater to those who plays positions the forward and center position as well. Stay tuned to Analykix for more news with regards to tech specs, pricing and other details.