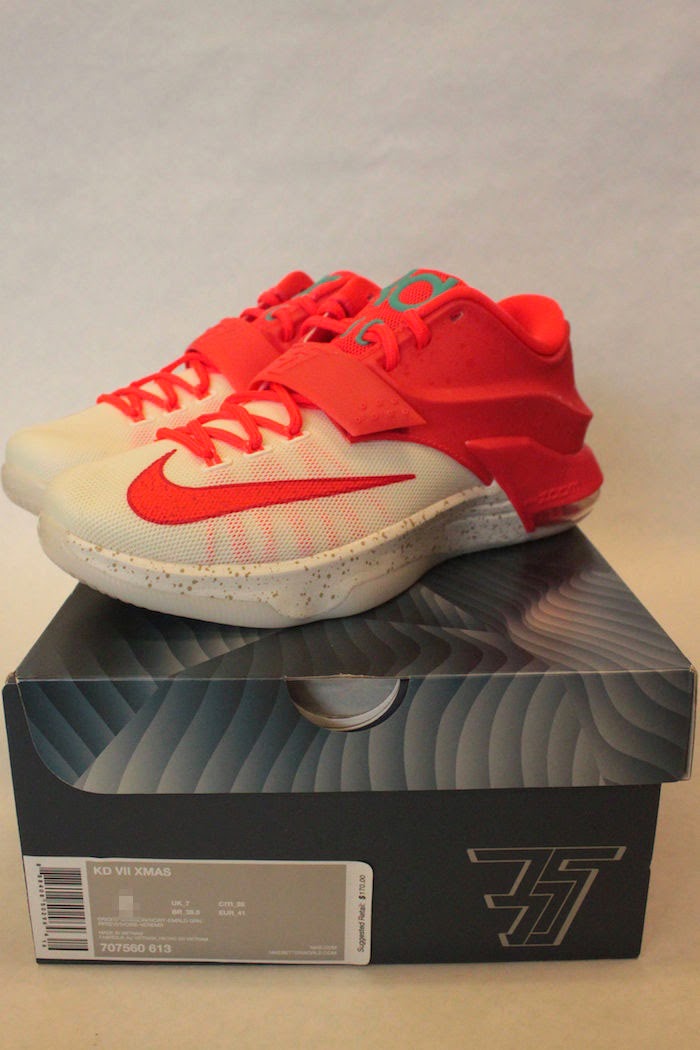 Another Christmas colorway for Nike basketball was assigned to Kevin Durant's 7th signature shoe. Dubbed as "egg nog" which is a known beverage drink during holidays in the States. This is different from what we Filipinos are familiar with (that half-sphere biscuit/snack). Anyway, the shoe is pretty loud having a bright crimson color found in the laces, midfoot strap, the posite shell in the heel area, and swoosh brand on the forefoot. There is a green hint on the swoosh at the heel part as well as on the shank plate. The rest of the upper has that ivory color which is also found on the midsole area with some splatter on it. These are priced at $170 and will be released in the States on December 26. 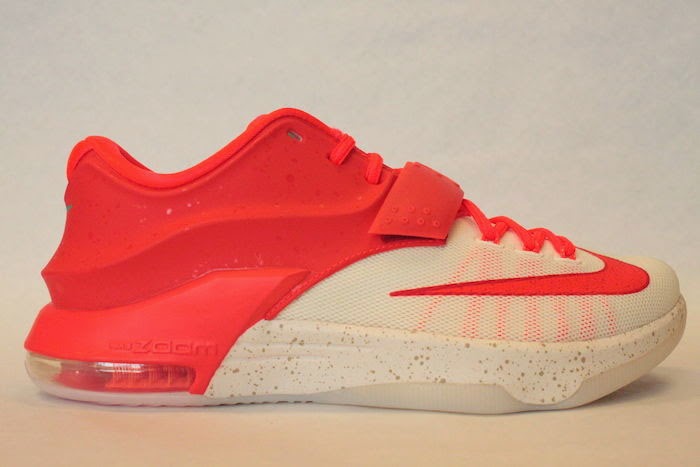 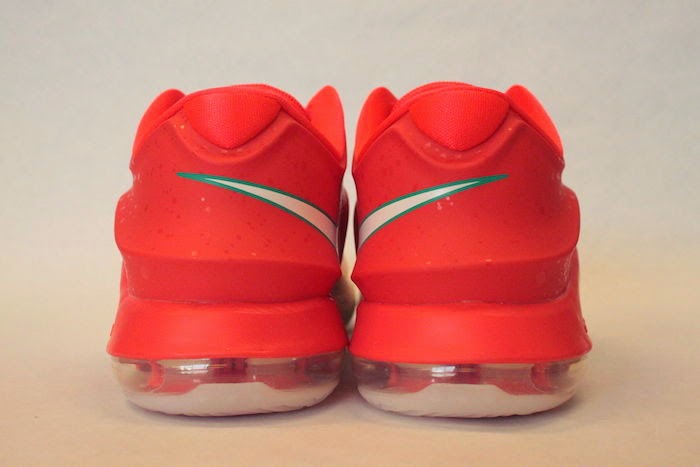 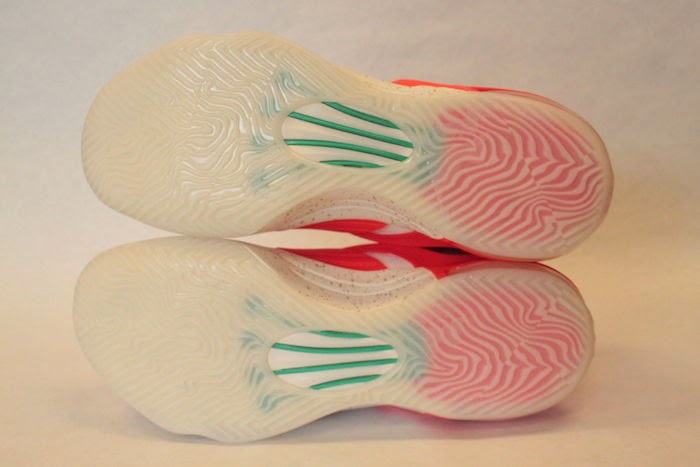