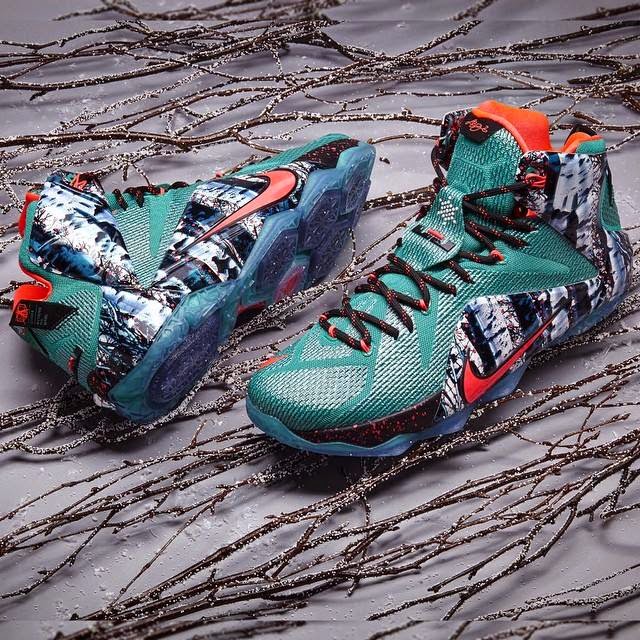 Looks like Nike is indeed pushing their releases and plans to end the year with a bang. We have yet to reach the middle of the month, but Nike doesn't want to pass on yet. Completing their Christmas performance line, here is Lebron James' shoe dubbed as "Akron Birch". The shoe's design was played by integrating the design on the Hyperposite material. No drastic change in the colorway for this release and I think it has the same color blocking as the NSRL release although I'm not exactly sure. With the posite material very visible on the shoe, the story telling was very distinct with their inspiration coming from the birch trees of Akron during winter. This will release on the 26th and I hope Lebron wears when the Cavs play at Miami this Christmas.