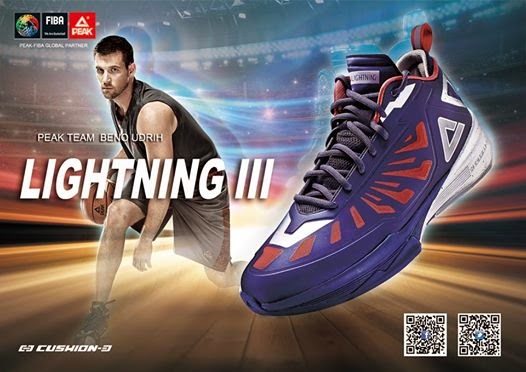 With different shoe brands wanting to have a good position in the NBA by having different players from teams wear their shoe on court, it's no wonder why the Chinese brand Peak is trying to gather core players first to maintain their spot. With Shane Battier exiting the NBA, Peak adds Beno Udrih to the team to join the ranks of Tony Parker, George Hill, CJ Watson, Javale McGee, and Michael Pietrus to wear Peak shoes during games. Beno Udrih will be wearing the Peak Lightning III which features Cushion-3 for a comfortable ride. So what do you think with Udrih's addition to the roster of Peak? Do you have someone else in mind that you would like to see wearing Peak shoes during NBA games?
Labels: basketball Beno Udrih Lightning III Memphis Grizzlies NBA Peak Peak Lightning III